Nearly 30 years ago Arizona began offering the ability for citizens to vote via an absentee ballot. In the decades since, the state has refined election laws to make voting easier for Arizonans. The majority of the state votes by mail. In the 2012 general election, 61% of Arizona voters cast an early ballot. By 2018, that number jumped to 79%. By 2020 that number was 88%.

This means Arizonans by and large leverage the Permanent Early Voting List (PEVL). The program will now be dubbed the Active Early Voting List (AEVL)  since Governor Ducey’s signing of SB1485, a bill that removes voters registered for permanently receiving a mail-in ballot if they have not voted in the primary and general elections for two consecutive cycles. This potentially puts hundreds of thousands of votes at risk, arguably more for Democrats who see this as an assault on voting accessibility for Native Americans, Latinos, and African Americans.

In a year that has been defined thus far by anti-voter legislation in the wake of Trump’s defeat in 2020, this bill is a dagger in the heart of Arizona’s celebrated early voting system and comes amidst a reckless audit of Maricopa County’s ballots. Let’s be clear, this purge of PEVL isn’t about election integrity, saving money, or keeping bamboo out of our ballots, this was because Democrats added 70,000+ voters to the Permanent Early Voting List last election cycle.

That’s right. As was announced at Arizona Democrats’ last State Committee Meeting, Democrats added 70,000 to 75,000 new voters on PEVL during the 2019 and 2020 cycle, beating Republicans in the effort. This PEVL trend poses a direct threat to GOP longevity in Arizona and places more pressure on in-person voter turnout for Republicans.

So with a shrinking pool of conservative-leaning voters to register in a state that is turning bluer and growing more diverse, PEVL was bound to be a prime target for Republicans. This tactic is really no different than Trump’s grotesque efforts last year to undermine confidence in mail-in voting. The question now is what happens next and what can Democrats do strategically to ensure that votes aren’t lost in the 2022 election and elections to come. Here are three solutions: 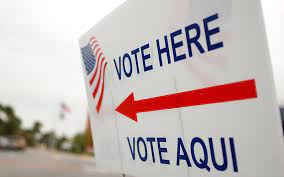 None of these solutions are easy feats but the alternatives are more of what we see now, flagrant violations of Arizona voters’ ability to cast their ballots. The good news for Democrats is their avid volunteers and their committed partners throughout the state are determined to help them achieve these objectives.