What’s Next for Dems After the American Rescue Act

Public opinion polls tell us that President Biden’s vast rescue plan, the American Rescue Act, is quite popular—backed by over ¾ of the public, including a clear majority of people who say they are Republicans. Why, then, are the so-called Republican “leaders” — members of Congress—not taking advantage of an opportunity to support the bill as it moves toward final passage?

I have two theories: 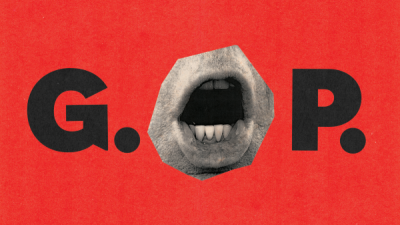 Republicans try to limit access to the ballot by making it more difficult to vote, and regain partisan control with Gerrymandering

Both of these theories have the potential to lead the Republican Party as we know it today into ideological bankruptcy and lasting irrelevance. This would not be the first time in our history that this has happened, but it’s been 165 years since an American political party (the Whig Party) collapsed and died.

As the Republicans grapple with the consequences of these two existential threats to the party’s future, a word of caution is due to Democrats who are trying to govern and make progress: don’t let the tension between the perfect and the good in policy and governance threaten your advantage.

Party moderates (pay attention Senator Sinema) need to be prepared to embrace “radical” concepts like a living minimum wage that makes it difficult for bottom-feeding enterprises to underpay their employees. They need to confront the fact that they are working within a political environment where the enforced “consensus” of the filibuster rule as it is now implemented in the Senate will effectively block any progressive action in the present term.

Party liberals need to resist all-or-nothing politics with deeply-held principles and policies. Failure to compromise and develop winning coalitions with moderate legislators within and outside of their Party just means that the Republican conservative elements win the day, and the Progressive Democrats get nowhere. Democracies tend to evolve through gradual change, not through revolutions. Although as we know, revolutions can begin with evolutionary changes.

At the end of the day, the most moderate Democratic legislator will work for change and progress more impactful than the most moderate Republicans can accept. The party-line votes in both Houses of Congress for the American Rescue Plan demonstrate this.

In the legislature, we see the controlling Republicans brazenly attempting to rig the election process to advantage them and allow them to keep control of the legislative and executive branches. They are aware that population changes are catching up with them, as illustrated by the election results in 2018 and 2020.

2022 is pivotal. We will elect a governor and other executive officers, a legislature, a US Senator, and probably an additional Congressperson. Limiting access to the ballot by making it more difficult to vote, and regaining partisan control with Gerrymandering are the surest way to retain political power for the Republican minority and the surest way to block progress in education, human service, and consumer protection in the state.

We Democrats need to vigilant and work hard to assure that we have a fair opportunity to elect state executive branch officers and legislators next year. We have had an opportunity to celebrate our victories in 2020, and it’s time to get to work on assuring continued victory going forward.