Welfare for the Rich: How Tax Dollars Go to Millionaires

Excerpted from Welfare for the Rich: How Your Tax Dollars End Up in Millionaires’ Pockets – And What You Can Do About It by Phil Harvey and Lisa Conyers.

Welfare for the Rich is designed to inform Americans—especially taxpayers who are footing most of the bill—about the massive movement of money from millions of middle- and lower-income Americans to much wealthier people and corporations that do not need and should not be entitled to these favors.

Most Americans recognize the importance of a safety net for America’s poorest. Welfare programs for those in serious need, though often flawed, are means-tested and generally reach deserving parties.

However, there is simply no justification for providing cash benefits and subsidies to America’s rich. Yet for many decades, too many of our government’s policies have taken wealth from taxpayers of modest means and provided a big chunk of it to the rich. The same perverse policies are in place today, and there is every reason to believe that they’ll remain in place for the foreseeable future—unless we act as citizens to demand change. 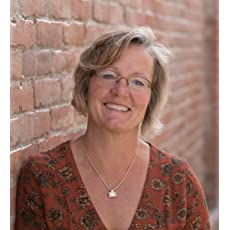 What’s most remarkable about these policies is their variety and ubiquity. Governments at the federal, state, and local levels provide favors to wealthy businesses and individuals through outright subsidies, regulations that favor the well-connected over the powerless, targeted tax loopholes, taxpayer-guaranteed loans, zoning laws that create wealthy enclaves that working men and women can’t afford, and many other mechanisms. While today’s politicians—especially those vying for the presidential contest in 2020—are proposing ways that the government should act to reduce income and wealth inequality, we ask, at the least, that the government stop making inequality worse. Ironically, this is one area of economic policy that the vast majority of Americans of all political persuasions are likely to agree upon. Liberal or conservative, socialist-leaning or libertarian, Republican, Democratic, or independent—practically everyone will acknowledge the absurdity of having the government take from the poor and the middle class to give to the rich. Yet that’s exactly what happens, every day, in many ways, large and small.

The ways by which government policies transfer taxpayer funds to the wealthy break down into four basic categories.

How do these public payoffs to the wealthiest people and companies happen? It’s no secret. Special interests line up at the trough in Washington, where the big guys have loud voices. The major players include many of our biggest corporations, trade associations, and unions, and many other interest groups, from the American Association of Retired Persons to Lockheed Martin. Together, organizations like these paid a total of $3.45 billion to registered lobbyists in 2018.[6] In a recent study, the Sunlight Foundation, a nonprofit that promotes government accountability, found that “between 2007 and 2012, 200 of America’s most politically active corporations spent a combined $5.8 billion on federal lobbying and campaign contributions. Those same corporations got $4.4 trillion in federal business and support” during those five years, including subsidies, tax breaks and favored government contracts. [7] “After examining 14 million records,” Sunlight concluded, “we found that, on average, for every dollar spent on influencing politics, the nation’s most politically active corporations received $760 from the government.” That’s a rate of return that almost compels companies and other interest groups to get into the game.

The amount of talent and energy that goes into these efforts is staggering. There are twenty registered lobbyists for each of the 535 members of Congress, and they work hard. They labor to preserve government favors—from farm payments to tax loopholes to export subsidies—lest any group lose the privileges they already have. And they also work to create new favors every time Congress passes a budget, creates a new agency, or debates changes to regulations.

The stated rationales for these political maneuvers range from protecting vulnerable family farms to promoting useful industries to enhancing public safety. But although the programs involved do little to promote these goals, the programs live on. Government largesse to the rich is so well-entrenched and so well-guarded by the efforts of lobbyists that few objections to it are ever raised. So rich farmers get more money, wealthy individuals enjoy more arcane tax breaks, and big companies get even bigger subsidies. Meanwhile, middle- and low-income taxpayers get pinched, including entrepreneurs and small businesses that are being stymied by regulations and tax levies that don’t affect the big boys. The process exacerbates income inequality in America, which is both unnecessary and wrong. Why should the government systematically make the rich richer at the expense of everyone else?

When we first dug into this material, our reactions were deeply personal. Lisa was furious. “I pay taxes,” she said. “I pay a lot of taxes! And making ends meet can be a challenge. Why should these millionaires be getting my money?”

Phil pays income taxes in six figures and was equally appalled at the basic unfairness—the downright immorality—of present laws and policies. His reaction: “The payments to wealthy corporations and individuals, out of taxpayers’ pockets, are enormous, growing, and utterly inexcusable.”

In the months that we’ve been researching the details, we’ve heard the same sorts of reactions from almost everyone with whom we share our findings.

In the chapters that follow, we’ll draw on extensive research to reveal the increasing size and scope of the problem of welfare for the rich. We’ll provide insights from interviews conducted around the country with subsidy recipients, lobbyists, and investors who support these policy anomalies, and with citizens, activists, and community leaders who are working to change them. And we’ll offer advice and a host of ideas concerning what you can do to support the movement to reform our government’s laws, regulations, and policies so that welfare for the rich can finally begin to shrink.

[2] Tom A. Colburn, M.D., “Subsidies of the Rich and Famous,” November 2011, http://big.assets.huffingtonpost.com/SubsidiesoftheRichandFamous.pdf