We Mourn the Death of Richard Elías

Democrats are shocked and saddened about the death of Richard Elias, Chairman of the Pima County Supervisors (shown above with PCDP Executive Director, Cat Ripley). He was an effective leader, a progressive Democrat and a good-natured man who made friends easily.

He is sorely missed. Richard was a frequent speaker at meetings of Democrats of Greater Tucson. You can listen to his last talk at DGT on February 18, 2020, on the DGT Podcast.

Elias, who represented District 5 on the Pima County Board of Supervisors for nearly 20 years, passed away at his home. 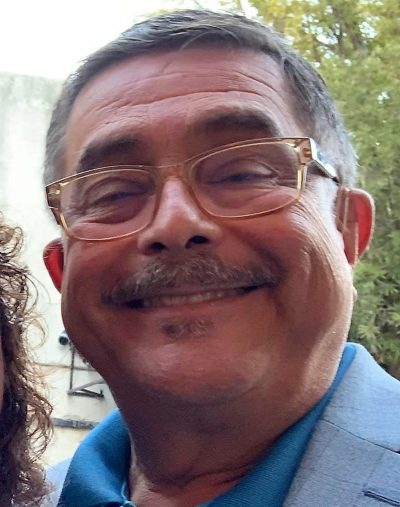 Richard was a lifelong Democrat, a social-justice advocate, and a noted music aficionado who was loved by many of all walks of life. His friends ranged from homeless people and toiling workers to the wealthy and powerful.

Richard Elías, a Democrat, has represented District Five on the Pima County Board of Supervisors since February 2002. He works for and is a vocal advocate for the Sonoran Desert, for affordable housing, for eliminating health-care disparities, for nurturing the development of our youth, for quality education.

Richard works to protect our precious water supplies and the shrinking wildlife habitat of our desert region; he works to diversify and improve our housing stock while repairing and reinvesting in our aging urban infrastructure; he works to make Pima County more hospitable and prosperous, a better place for people to work and play; he seeks to bring everyone together in a spirit of community cooperation to enhance our quality of life. 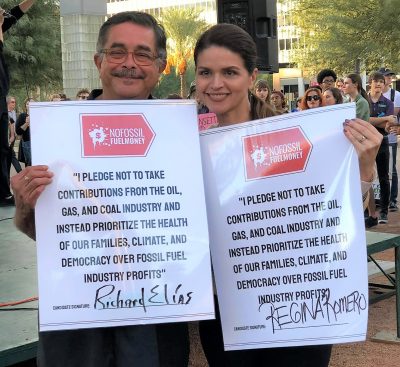 Richard entered public office after a lengthy career in the government and non-profit development of affordable housing. He earned a degree in History, with a minor in Mexican-American Studies, from the University of Arizona.

A fifth-generation Tucsonan, Richard is the son of a longtime local union printer, and was a union shop steward with Retail Clerk’s Union Local 727 (now United Food and Commercial Workers Local 99) when he worked in the grocery industry before completing college.

Richard is married to Emily Velde Elías and they have a daughter, Luz.