After the Civil War, Confederates spun a tale claiming they lost their treasonous insurrection because they had erred in tactics. Also, they said, the North had more economic and military resources.

Rather than confess the bankruptcy of their political, economic, and religious culture, they embraced these diversions.

This same Confederacy is today embodied in Trump/Pence-world conservatism. They too are already focusing on election strategies and tactics. Like their 19th century bedfellows, they are refusing to admit the depravity of their values, worldviews, and behaviors. 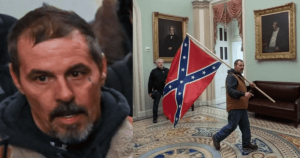 The FBI is seeking the identity of this terrorist.

This act was not unexpected, given the shameful behavior of politicians, clergy, media, and citizens who have stoked or excused Trump-world’s vile rhetoric and behavior. Countless individuals need to go to prison for life, and not just Trump/Pence/McConnell/Giuliani/Cruz/Halley. Also, if they are lawyers, they need to be disbarred. If physicians, they need to have their licenses revoked.

What about Lindsey Graham? Why didn’t he talk face-to-face with those shouters at Reagan airport on Saturday? They are “his people,” after all. They are the very citizens he has groomed and shaped into mainstream conservatism for years. Why did he duck and hide? 100% Cowardice. 0% Integrity.

Just like the southern Confederacy, 1930s Germany, and 1950s McCarthyism, Trump/Pence-world terrorists cannot be appeased or respected. There is a helpful distinction to be made between “wrong” and “evil.” Decisions and policies based on facts (and good faith) can sometimes turn out to be wrong. But decisions and policies based on falsehoods will always be not only wrong, but evil. How do we work to keep such evil, embraced by today’s conservatives, out of positions of responsibility and leadership? How do we each do our part by speaking up and acting out? 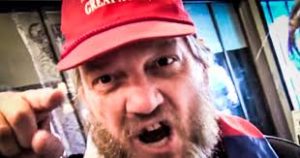 Trumpers show inexcusable gullibility, a frightening lack of intelligence, ethics, and wisdom, a willingness to undermine an election.

For the next several election cycles, all Trump/Pence supporters need to recuse themselves from voting. Their faculties of discernment have failed them and failed the country. They have repeatedly demonstrated an inexcusable gullibility, a frightening lack of intelligence, ethics, and wisdom, a willingness to undermine an election, and a willful readiness to appease a demented, immoral, un-American gangster.

Finally, please, the White House complex and the Vice President’s residence at One Conservatory Circle need to be thoroughly disinfected before the Biden’s and Harris’s move in. Perhaps they should wait a couple of days. Just think of the COVID-19 remnants and other infections that have lately made their home in these premises.

Also, Biden and Harris should hold a televised multi-faith Prayer Service in the White House, in the U.S. Capitol building, and at Lafayette Square Park to pray for a restoration of dignity and wisdom in these places and God’s guidance in the years ahead.

Mainstream conservatives have made these challenging times unnecessarily disheartening. They have done this by regularly twisting reality, giving legs to false conspiracy theories, strategically implementing voter suppression, promoting racist policies, trashing God’s creation, and constant lying. They need to be resisted every day and through every legal and non-violent way possible.

To those who voted for Trump/Pence once, and some even twice, shame is your legacy. You have failed in your responsibilities of citizenship.

About the Author: Ron Rude

A frequent Letter-to-Editor writer, Ron Rude has written two books on Science and Theology: Abel Emerging (Beaver's Pond Press, 2010) and (Re)Considering Christianity (Beaver's Pone Press, 2010). At OLLI-UA and in other venues he has taught courses in Science and Theology and in Presidential History. He retired in 2019 after 17 years as Lutheran campus pastor (ELCA) at the University of Arizona.