Tim Steller: Too Many People Believe in Alternate Realities

Tim Steller, a widely-read columnist at the Arizona Daily Star, warned that too many people believe in false alternate realities, which is undermining legitimate journalism.  Tim spoke at the May 3, 2021, meeting of Democrats of Greater Tucson. 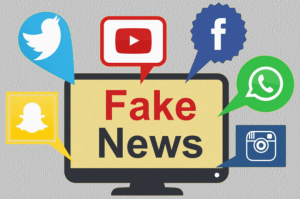 “People of all ages can’t distinguish between what’s on social media and what is a researched news story,” Tim Steller said.

“Not everything done in the media is journalism,” he warned. “The world is unrecognizable from even 10 years ago because of social media. A YouTuber who builds up to 100,000 followers has a bigger reach than I do.”

Decades of attacks by right-wing conspiracy theorists have  created hostility against news reporting, even calling the newspaper “the Red Star.”

“Trump worked really had to undermine the idea that what I say, or what any news organization he disagrees with, is ‘fake news,'” Steller said. “That’s fine, but don’t try to stop us from doing our job.”

“As a columnist, I do a lot of reporting and base my own opinion on that,” Steller said. In contrast, many writers just do wordsmithing or framing of issues.

“What they are saying is so whacked out,” Steller said, citing the “stop the steal” movement and anti-vaxxers as “people who create their own reality.” He cited several Arizona examples:

“It was utter garbage,” he said. “It was a hopeless camp and nothing indicated that children had even been there. “People of all ages can’t distinguish between what’s on social media and what is a researched news story.” 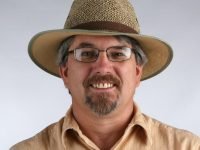 The people b behind the audit have no credibility whatsoever,” Steller said. “The audit is being conducted by people who know nothing about elections  They self-educated through the ‘stop the steal’ effort to become make-believe experts.”

“They will say something is wrong, or I’ll eat my hat,” Steller said. “A significant percentage of people in Arizona will believe anything they say.”

Meanwhile, reporters at the Star are persisting as the print newspaper makes a transition to be a digital-first publication.

“The crazy trend toward alternate realities has made people appreciate local news,” he said. “Stories about the local school board meeting that has some insight, or about local law enforcement that digs into the fact, makes people appreciate it in a way they didn’t before.”