Senators Kyrsten Sinema and Joe Manchin face the same unpopularity with voters in both Arizona and West Virginia. I don’t like either one’s “my way or the highway” attitude or Sinema’s tiresome antics. Sinema, who takes money from corporate interests that opposed the Biden agenda, appears to have sold her vote. 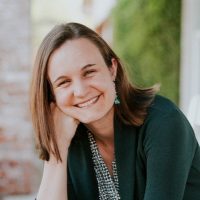 This would explain her position on issues such as getting rid of the filibuster, raising the debt ceiling, or building back better. Sinema and Machin arrogantly believe that they, and they alone, are the true adults in the room, and by working for some compromise, they will be rewarded by their voters back home. They will surely be disappointed.

Because of all the press Sinema has gotten lately, she feels that she has gotten her point across and that somehow this will only help her in the long run. Unfortunately, Sinema has opened herself to criticism from even the progressive opinion writer Michelle Goldberg of the New York Times who wrote, “There’s a difference, it turns out, between being a maverick and being a narcissist.”

A poll from OH Predictive Insights released October 2, 2021, found that only 56 percent of Democrats have a favorable view of Sinema. That’s a far cry from the 80 percent Democratic approval Sen. Mark Kelly enjoys.

The poll results aren’t surprising. Sinema, unlike Manchin of West Virginia, has often been a source of frustration among liberals, progressives, and fellow Democrats. Goldberg notes that when Sinema ran for the U.S. Senate in 2018, she “reportedly told her advisers that she hoped to be the next John McCain.” But Sinema, Goldberg argues, often seems like she is going out of her way to antagonize fellow Democrats. For example, CNN’s Harry Enten pointed out on votes where the parties were split, he (McCain) sided with his party about 90% of the time. Sinema, in contrast, breaks with her fellow Democrats much more often. “What makes her different from McCain is that nobody seems to know what she stands for,” Goldberg wrote.

In Sinema’s 2009 book “Unite and Conquer,” she writes, “Old-school divide-and-conquer tactics demonizing opponents, frightening voters, refusing to compromise may make us feel good about the purity of our ideals, but it’s no way to get anything done. Worse, this approach betrays some of the most cherished ideals of the progressive movement: inclusion, reason, justice, and hope.

Goldberg writes that Unite and Conquer “was about operating in the minority, not exercising power.” Now that she’s part of a governing majority, Sinema is ironically recapitulating some of the pathologies she boasted about transcending. Rather than being part of a productive coalition, she’s once again operating as a defiantly contrary outsider. The bipartisanship that was once a source of liberation for her seems to have become a rigid identity.” 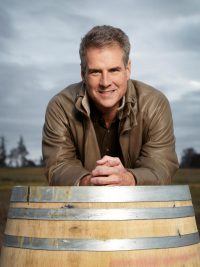 William Price III has spent more than $10 million on lobbyists, and Sinema.

Goldberg also threw cold water on the idea that Sinema’s is a maverick in the style of McCain.

And just when we think we heard it all about Sinema’s antics, a news story reported that Sinema did a two-week internship at a California winery during the pandemic and was paid by a hedge fund. Dave Levinthal, a reporter at Insider, discovered in a financial disclosure statement that Sinema earned $1,117.40 at Three Sticks Winery in Sonoma County. Paul Bomberger at the Press Democrat narrowed down the time frame of her internship to August 2020. Private equity titan William Price III owns Three Sticks. The investment firm Price founded, TPG Capital, has spent more than $10 million on lobbyists over the past decade.

Did Sinema learn about winemaking or corporate interests that oppose Biden’s agenda?

Emily Kirkland, executive director of Progress Arizona, said, “I think she’s just really invested in that self-image, personally, as someone who stands up to her party, and I think she has lost track of what is politically prudent, even to put aside the impact on the lives of millions of people.” Progress Arizona is a progressive group that worked to elect Sinema to the Senate. There’s a difference, it turns out, between being a maverick and being a narcissist.

I think President Lyndon B. Johnson said it best when he said, “Better to have your enemies inside the tent pissing out, than outside pissing in.” Better to try and change Sinema than have her change the Democratic Party. Or we could all wait until next November elections if the Republicans gain control of the Senate again. Then these two will lose their platform and return to being two of among many in the minority.