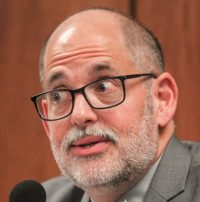 David Livingston is a Republican member of the Arizona State Senate representing District 22. He has been defending the Kenosha shooter on social media.

If you live in Surprise, Sun City, or Peoria, you’re represented in the state legislature by David Livingston, who has been defending the Kenosha shooter on social media.

If you live in Chandler or Gilbert, you could be represented next year by Liz Harris, who has been promoting regular pro-police protests, including one last week that turned violent, with pro-police attendees punching counter-protestors and making Nazi salutes.

If you live in Oro Valley, Marana or Maricopa, you are represented by Mark Finchem, who is a member of an extremist right-wing militia, the Oath Keepers.

If you live in Flagstaff, Sedona, Cottonwood, Payson or many other parts of Northern Arizona, you could soon be represented by Wendy Rogers, who is also an Oath Keepers member.

If you live in Prescott, Camp Verde or Cottonwood, you are represented in Congress by Paul Gosar, who has been defending the Kenosha shooter aggressively on social media. 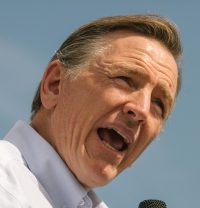 The level of support is especially horrifying given that local racial justice and police accountability organizations have received multiple death threats over the last few days.

The Arizona Republican Party, the Arizona House Republicans and the Arizona Senate Republicans have not made any statements about the support for far-right militias, white supremacists, or violence from their legislative candidates.

The Arizona Chamber of Commerce, which put out a press release in June about joining an initiative to participate and improve “racial equity”, and which endorsed Livingston and Finchem before the August 4 primary, has also said nothing.

We are calling on Republican leaders and organizations to condemn vigilante violence, extremist militias, and those who support them. And we are calling on Arizonans to vote these violent extremists out of office, and to organize, speak up, and protect one another. 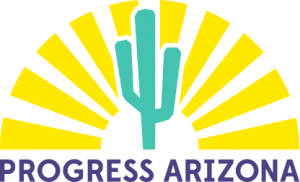 This article first appeared on Progress Arizona. Subscribe to their newsletter at https://act.progressarizona.org/signup/website-email-signup-form_progressarizona/

Lear about the campaigns of Progress Arizona at https://www.progressarizona.org/campaigns

About the Author: Emily Kirkland

Emily Kirkland is the Executive Director of Progress Arizona, https://www.progressarizona.org/ Emily came into organizing and politics through the climate movement and spent four years in New England leading campaigns to shut down coal plants, stop new natural gas pipelines and push for fossil fuel divestment, clean energy, and environmental justice. She started as co-director of Progress Arizona in 2017 and became the Executive Director in summer 2019. She believes deeply in the power of organizing and movement building to build a better world.