The Big Lie Persists and Threatens Our Voting Rights

The veteran columnist and commentator, Elizabeth Drew, wrote an essay entitled The Big Lie and Its Consequences. She says that the Republican Party has taken the Big Lie about the 2020 presidential election to new lengths to suppress voting and to manipulate voting results to benefit their candidates up and down ballots. She goes on to conclude: 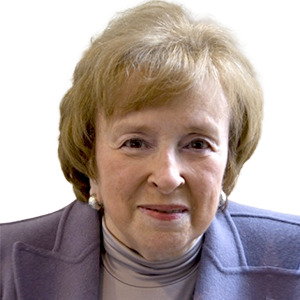 “Republicans at the state level are rushing out legislation designed to make it harder for Blacks to vote,” says Elizabeth Drew.

“By questioning the very integrity of America’s electoral system [the Republican Party] now represents an open threat to the US constitutional order.”

She points out that Republican partisan attempts threaten the integrity of our election systems across the country by limiting access to the ballot box by Democratic-leaning populations. Republicans are restricting voting rights with strict ID requirements and complex registration requirements. Worst of all, Republican-controlled state and local authorities are invalidating election results if they don’t agree with these results.

“This is the time,” she said, “when the democratic system of elections is broken.”

A significant minority of Americans appear to believe The Big Lie that the Democrats stole the presidential election of 2020 from Donald Trump, and he is the “rightful president.”

Donald Trump’s behavior in office proves that it takes smart people of goodwill to build and maintain a democracy, but any fool can easily tear democracy apart.

The Trump regime didn’t start this mess. About 40 years of conservative government have eroded the foundations of our democracy and the consensus of support from our people, but Trump’s hot air started the collapse. Some specific trends mark this constant erosion:

Therefore, we are a nation split in a new way – not entirely by geography but by economic disparities. In 1860, we split over slavery with vital accompanying economic issues – the cotton economy.

Today we face a more destructive split now, and its factors are not entirely regional. One side predominates in larger metropolitan areas throughout the country. The other side dominates in rural areas dependent on agriculture, and in smaller urban areas manufacturing jobs are no longer plentiful.

Failure at all levels of government

And now, it is 2021, and we may ask: How is government at all levels dealing with this crisis?

Looking back historically, a divided government has not dealt well with big problems. So, where do we look for political leadership? For most of you who read this, the answer is a no-brainer. The Republicans? Doubtful. The Party leaders are in the thrall of our least helpful citizens: rich folk who believe they owe nothing to the common good. The wealthy embrace disaffected dissidents who neither understand, love, or respect the founding principles of our government. Finally, Republicans appear to distrust government, find it inherently evil, and have shown themselves to be unable to use the tools of government for the public good.

Get all Democrats to the polls

We Democrats, much as we did in 1933, and 1961, have to get this done. We must get all Democrats to the polls in 2022 – ultra-liberals to middle-of-the-roaders. The 2022 state and federal elections will be critical. Intra-party dissent will do nobody any good. We also need to reach out and welcome new Democrats from the ranks of former Republicans disgusted with their former party’s behavior of late. Some 24,000 Republicans left the party in Arizona since January. Their vote for our candidates will be just as important as all of ours.

Don’t forget to support your favorite Democratic candidates with your money – so far as you can. It will help candidates to get the word out and maintain winning organizations.