Another week, another several dozen lies, mischaracterizations, and whoppers by the Liar in Chief. 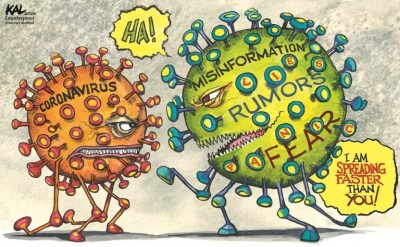 ♦  Calling the coronavirus a foreign virus during his address to the Nation on Wednesday Evening (March 11). That line had to be one of the scribbles written by resident soul mate xenophobe Stephen Miller. Then again, what else should the people expect from the 2016 KKK Endorsed Candidate?

♦ Falsely blaming Obama for his (Trump’s) Administrations’ own ineptitude. Also lying and saying his response to the Coronavirus was superior to the Obama one to the Swine Flu in 2009.

♦ Banning travel from Europe (except for the UK-where his golf courses are and apparently Ireland) but allowing American Citizens (who may have been already exposed to the virus) back in. Let us hope they are tested at customs. 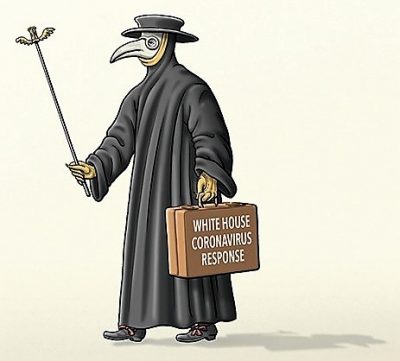 ♦ Poor decisions like disbanding the pandemic team of specialists out of the National Security Council and not rushing to produce a supply of reliable testing materials while the virus was still mostly confined to Asia. South Korea has been better with testing compared to the United States.

♦ Thinking that building the border wall will help. NEWS FLASH: Viruses are not stopped at border walls and there are fewer cases of coronavirus in Mexico compared to the United States and Canada. Mexico is actually considering restricting United States residents visiting Mexico.

♦ Not knowing how to use the bully pulpit to calm the nation down. He really had to make it about himself and talk about the economy.

The best thing Donald Trump could do for the  Country is Shut Up. 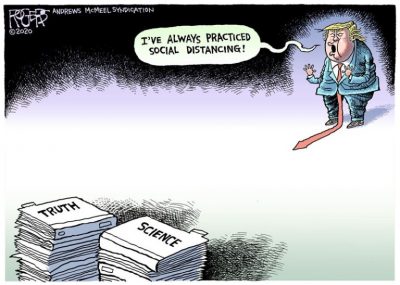 The other best thing he could do is trust the science and let the experts fight this virus-like they know how and stay out of their way and nod yes when they need him to do something.

He has demonstrated he can do this by his letting Treasury Secretary Steve Mnuchin negotiate with Speaker Nancy Pelosi (who apparently he is too immature to talk to even during a national crisis) on a relief package to help the American People.

Resigning would also be helpful but knowing that is not happening, the people will settle for his defeat in November.