Before we buy into the BS narrative that the Democrats are playing party politics by stalling the Republican Senate “stimulus package,” I think we need to all be aware of what Republicans are trying to pull.

The current Republican Senate Bill is asking for ginormous checks for large corporations without required stipulations that protect employees from being fired. The last time this administration put money in the pockets of these greedy creeps, they bought back their stocks to inflate their stock prices to make their shareholders happy. Do we really want to see that happen again?

The current Republican Senate bill is asking for $50 billion for the airlines without their employees’ jobs being protected. No one is flying right now. Instead of this type of cash-with-no-strings-attached bailout, our government should rent the planes we need from the airlines as a way to transport healthcare workers, patients, and supplies. Let the bulk of the employees go home to protect themselves and their family, and use only the necessary staff that we need to conduct the lifesaving business that this country should be focused on. 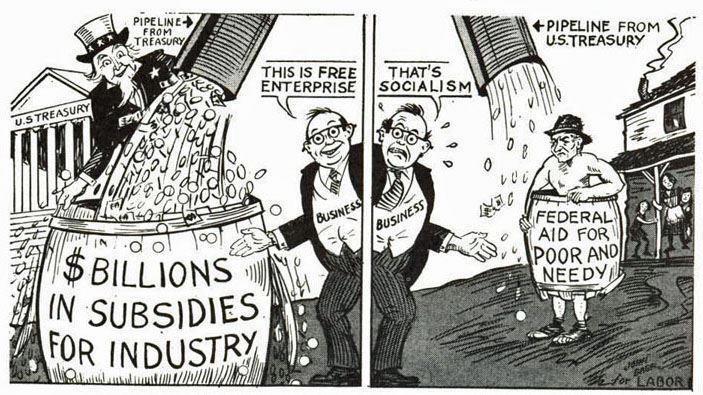 The hotel industry wants $150 billion, some of which will go to Trump’s family. Are we kidding with this? How about the hotel chains allow us to use their empty hotels for the people of America? Being a homeless person should not mean you are condemned to death either. As the Coronavirus hits the growing number of homeless, they will face mounting death tolls as well. Put people without shelter in hotels so they can social-distance and not spread this insidious virus.

The National Association of Manufacturers — you know, the ones who have repeatedly shut down US factories to move them to China and Mexico so they can pay workers slave wages — yeah, those guys want $1,400,000,000,000. The industry that has cared so little about American workers that they fired them all to hire poor people in other nations to pad their greedy pockets, now wants the American taxpayers, who are a month away from being destitute, to pay the manufacturing industry $1.4 trillion. You just can’t make up this level of deplorability.

Now, here is where it gets a bit more disgusting – also included in this Republican bill is the candy industry, which apparently is begging for corporate welfare to the tune of $500 million. Is this really a part of a crisis stimulation package? Is this honestly where Republicans think we need to be allocating our precious financial resources right now? 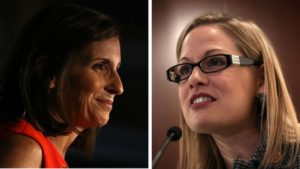 I encourage you all to call your Republican elected officials and ask them to explain this one. Let it not escape our knowledge that this money will go to the Mars candy bar family, one of the wealthiest families in America, who are worth over $90 billion. I’m sure they are not struggling to keep a roof over their heads.

Spaceships for the rich

But the most egregious insult of all is that Republicans think we need to inject $5 Billion – let me amplify that for you: $5,000,000,000 – into the private space industry. Seriously? Are these arrogant aristocrats going to fly to the moon to escape Coronavirus? (One could only hope.) Why on Earth do we need to protect an industry like this during a pandemic?

In summary, that is $1,605,500,000,000 (and I’ve only mentioned five industries of the many that are included in this Republican corporate welfare and greed stimulus package). We cannot be serious about this. Are all the people who complain, “How Are We Going to Pay for That?” OK with this type of socialist welfare for corporations?

Our tax dollars need to go to the people who paid the taxes – our working-class Americans. These are the people who are trying to keep their lights and water on so they can take care of their children. News flash, wealthy corporations in this country are not paying their fair share of taxes, and if they were, we wouldn’t be setting records with the national debt for the past three consecutive years. They are losing their livelihood, but these greedy, heartless deplorables think we need to bail out the candy industry, private space travel, and the Mars family.

We honestly want to pay millions and billions and trillions of dollars for this BS? The Democrats are currently fighting to ensure that a stimulus package is aimed at protecting the people of our country – as it should be. Let’s create a Call to Action and get everyone on the phone demanding that their Republican Senators remove the nonsense from this bill so that American citizens can get the aid they need now.

Let me propose another solution that will be much cheaper than the financial purge disguised at a stimulus for the people; let’s put Trump, McConnell, and the Mars family on a one-way private rocket ship, with a lifetime supply of candy, and send those greed mongers into space. They are the true illness in this country. 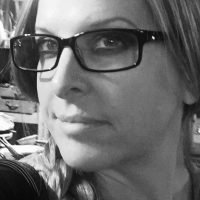 Michelle Shaw of Glendale, AZ, is a political activist, organizer, and community outreach leader who has worked on over 20 political campaigns. Earlier she wrote Socialism – That Scary Word! on the Blog for Arizona.