This morning, as a National Delegate, I attended the Hispanic and the Labor Councils on Day One the Democratic National Convention on August 17, 2020. The following are my notes on the best comments by the speakers at the meetings. 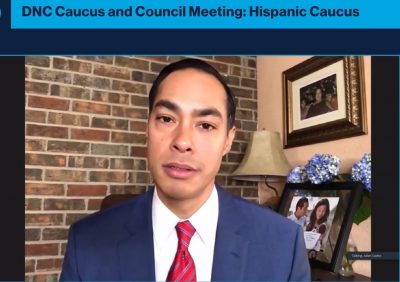 The Latino community is in “a state of emergency,” because of COVID, said Julian Castro, former HUD director under Obama, speaking at the Labor Caucus meeting. Latinos are essential workers — in the farm fields, meat packing plans, groceries, fast food places, and the hospitality industry. 84% of Latinos cannot work from home — and are at high risk for illness.

Teresa Romero, President of the United Farm Workers union, is working with Kamala Harris to get benefits for farmworkers like water, shade, and rest once an hour as they work in 111-degree heat in California. “It really matters who we elect,” she said in support of the Biden/Harris ticket.

Joaquin Castro, Congressman from Texas, said the Latino business community has been “decimated” under Trump. Latinas were the fastest-growing sector of entrepreneurs before the pandemic hit — and Trump and Republican governors did little about it.

All the panel members at the Latino Caucus called for Biden & Harris to be elected. 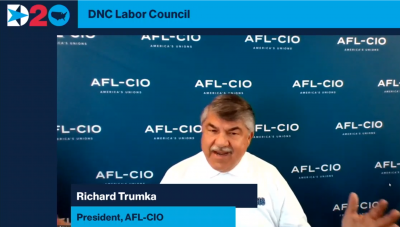 Rich Trumpa, President of the AFL-CIO

“Wall Street did not build America, the middle class did. And it was built by unions,” said Rich Trumpka, President of the AFL-CIO in an inspiring talk at the Labor Council meeting of today’s National Democratic Convention.

“Joe Biden knows our democracy is under severe attack. We will fight Trump and defeat Trump,” he said, He noted that Kamala Harris prosecuted employers for stealing wages in California. “She’s a champ in every sense of the word.”

“Under Trump, workers have been under attack. The Trump Labor Department is hostile to workers. We must fight with all we have to protect our Democracy,” said Carrie Pugh, head of the political department of the NEA, which has 3 million members.

“Supermarket workers kept America fed. Yet too many supermarkets are cutting worker pay. That is wrong,” said Stuart Appelbaum, president of the Retail, Wholesale and Department Store Union. He spoke during the Labor Council meeting today at the Democratic National Convention. He is working with Kamala Harris to give hazard pay to grocery workers. 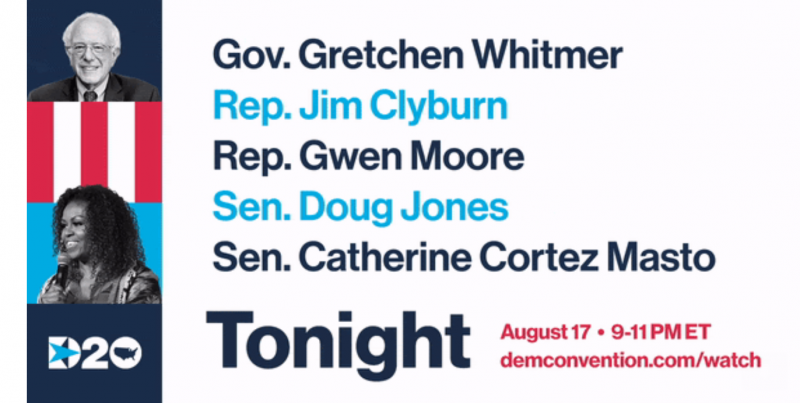