The campaign to oust traitorous state Rep. March Finchem (R-LD11) is officially underway and aims to have 40,000 signatures by July 2.

Now is the time for all good volunteers, precinct committee people, and defenders of democracy to click here for the new volunteer signup form.

The Recall Finchem campaign is looking for volunteers to get signatures on the petitions from Democrats and independents. There is no need to be a resident to volunteer in Legislative District 11 (which includes large swathes of PinalCounty and northern Pima County), but people must live in the district to sign the petition. 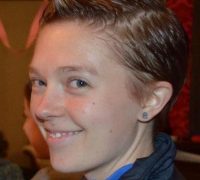 Steering the campaign is precinct committeewoman Chesney Richter of LD9. She is a skilled organizer and has worked as the campaign manager for several Democratic officeholders.

We’re canvassing now and getting a very positive response,” Richter said. “There is lots of enthusiasm in LD11.” The campaign already has 50 canvassers and will have campaign offices in Oro Valley and Maricopa. Volunteers can contact Chesney richtck08@gmail.com.

AZ Rep. Mark Finchem promoted, supported, and defended the deadly attacks on the U.S. Capitol. He must be removed from office. “His ties to domestic terrorist organizations and his continued attempts to spread conspiracy theories threaten the safety of Americans and do not represent the people of District 11,” says Rural Arizonanans for Accountability, which is running the campaign.

Sign up to gather signatures at a specific site:
Recall Finchem Campaign – Oro Valley Site-Based Canvassing 3/17, 10 am to 1 pm 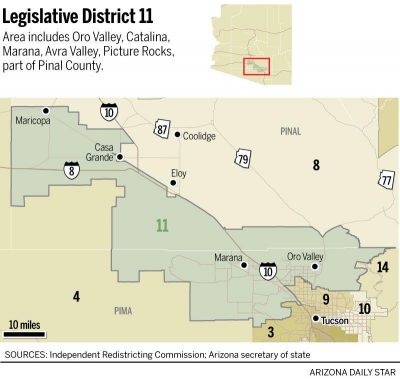 He is looking for volunteers to start collecting recall signatures from LD11 family and friends. Contact Nick at nick@ruralazaction.org or 469.865.5693 and a volunteer will deliver petitions to your house.

If at least 24,775 valid signatures are collected, a recall election will be held on November 2. It will be non-partisan, meaning that candidates to replace Finchem will not state a party affiliation. “This is a game-changer,” Richter said. There are 65,000 registered Republicans in the district, who vote for anyone with an “R” after their name. LD11 has 49,000 registered Democrats and 53,000 independents. 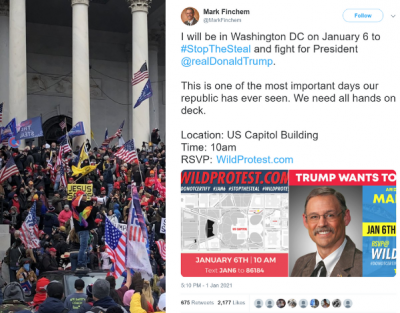 Mark Finchem used campaign donations to pay for his trip to Washington DC so he could participate in the events of January 6th. Several of Arizona’s top corporations and leaders either directly contributed to Mark Finchem or spent money to ensure he won reelection.

Finchem is a former cop who has abandoned his duty to his country. He belongs to the “Oath Keepers,” a dangerous right-wing militia. A supercilious dandy, he wears a black cowboy hat with a “Colonel Sanders” tie, even though he’s from Michigan.

Finchem Spread Frightening Claims while Bonding with Indicted Steve Bannon and spread lies about the election of Joe Biden.

We fully concur with Legislative District 11 Democrats in their declaration that LD11 Representative Mark Finchem has unequivocally disqualified himself from serving as a state or federal official. Finchem’s betrayal of his oath of office cannot stand.”