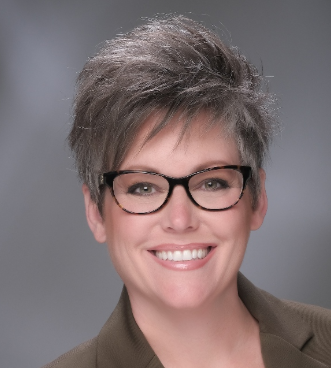 Only Secretary of State Katie Hobbs is standing strong against voter suppression.

As a nation, we have committed ourselves through our President and the Democratic majority in Congress, who in concert enacted legislation that sets Americans on a path to control and end the COVID-19. The American Recovery Act gives the federal, state, and local governments the resources to do both jobs quickly and responsibly.

However, the work of government is never over. Among the many issues left in the pile of wreckage that greeted President Biden and the Democratic leadership of Congress, one issue looms large. That is the protection of voting rights and access to the vote for all citizens. Furthermore, Republican legislators in Arizona and around the country have chosen to restrict access to the ballot box. Combined with the Recovery Act’s passage, this presents an opportunity to properly deal with election reform and voting access sooner, not later.

Let’s start where I left off last week, in the Arizona State Legislature. Arizona’s legislators’ enthusiastic introduction of bills to restrict access to the ballot box has attracted national attention—and not in a good way. Rep. John Kavanaugh (R-LD 23) said that “Maybe some people shouldn’t be voting.” He said this in support of legislation to limit early voting, restrict access to mail-in voting, make voter registration more difficult, and even allow legislative tampering in selecting electors in the electoral college independently of the popular vote.

Really? I suggest Kavanaugh is simply implying that “some people” are likely to vote for Democratic candidates more likely to enact pesky progressive and forward-looking legislation in the best interests of all the people of Arizona.

What kind of aid and comfort do you imagine legislators are receiving from leaders of the Executive Branch? A second-term governor who will be looking for a new job next year? An ambitious and doctrinaire attorney general? A conservative-majority Corporation Commission?

Only Secretary of State Katie Hobbs is standing strong against these legislative initiatives. She has become a national poster child in the resistance to these restrictive initiatives in Arizona and similar states.

Speaking of states in a similar situation, the Republicans in the Georgia Legislature are also hell-best on restricting likely Democratic voters in the future, following their loss in the general election in November and again in a runoff election of two U. S. Senators in early January.

A well-organized opposition responsible for getting out the Democratic vote has enlisted the support—financial and otherwise—of large businesses in the state—including notable enterprises as Coca-Cola and Delta Airlines (headquartered in Georgia) in promoting more open voting rights as good for business and the economy.

There is a playbook here for Democrats in Arizona serving the same goals. Possible business partners here include Raytheon, American Airlines, Banner Health, Mayo Clinic, and numerous retailers to make the case that rigged elections and obstacles to voting are not conducive to business development or a strong economy.

Looking back at the national scene, the prompt passage of two bills already passed by the House of Representatives on party-line votes is an essential step toward assuring fair elections in the 2022 elections. The “For the People Act” (HR 1) and the “John Lewis Voting Rights Act” (HR 4) will bolster the ability of states to conduct free and fair elections. These bills are not likely to get sufficient votes from Senate Republicans to clear the 60-vote majority bar, preventing the Senate’s complex filibuster rules and practices from blocking passage.

These filibuster rules are Senate rules, not enshrined in the U. S. Constitution or statutes. They are simply rules of procedure adopted by each Senate at the beginning of each two-year session and subject to review and revision by the majority. Republican majorities have revised them in the recent past to do away with the quaint practice of having senators talk constantly to keep their colleagues in marathon floor sessions, and to permit simple majority passage of judicial appointments and budgetary and financial legislation.

These rules could be changed and amended by the current Democratic majority to allow HR 1 and HR 4 to pass—like the Rescue Act, on a simple majority vote. Perhaps a few of the more responsible Republican senators with some backbone and a modicum of conscience may join their Democratic brethren in the majority absent a filibuster bar.

The country would be better for this legislation, and the interests of a true majority of voters would prevail. Most immediately, their passage will help guarantee free and fair elections, making it easier for Democrats in Arizona and elsewhere to defend and expand their legislative majorities, a critical way to keep the rebuilding of American democracy.