Many thanks to video producer Anne Simmons for editing this recording.

Elected as Pima Country’s Chair in December, Bonnie Heidler spoke before the Democrats of Greater Tucson on January 11.

At Monday’s meeting, she discussed:

Heidler, a life-long Democrat at age 67 with a business background, proved her financial and management acumen in LD10. There she helped flip a State House seat held by a Republican to a Democrat, amassed $10,000 in the bank for the 2020 election, increased elected PCs from 96 to 127 overall, and grew the volunteer base to 800. 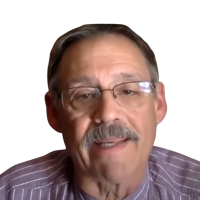 She told DGT members that she’s working to recall AZ Rep. Mark Finchem. He is a member of the radical militia group Oath Keepers, whose founder called for John McCain’s execution.

“He was texting encouragement to the supporters at the Capitol on January 6,” Heidler said. “We sent a letter to LD11 to unseat or censure him.”

DGT President Larry Bodine asked Heidler how she might aid two Democratic Latinas indicted for “collecting ballots for old and disabled people, that according to the indictment—and we don’t know if it’s true — for dropping the votes off at polling places?”

Various states allow voters to collect ballots for the ill or elderly and drop them off at polling places or election offices. But in 2016, Arizona Republicans outlawed this practice, which is common in Latino communities.

The Ninth Circuit Court in San Francisco overturned the Arizona law in January 2020, stating, “Arizona’s law making it a crime to return someone else’s early ballot is illegal.”

The majority concluded that the Republican-controlled legislature enacted the restriction to suppress minority votes.

“This is part of a vendetta that [Attorney General Mark] Brnovich has pursued against the Democrats, as well as women voters and Latina voters,” Bodine said.

Bodine, an attorney himself, said there are two attorneys in Phoenix who are working to represent these Democrats and to create a legal defense fund.

“Others say there’s ambiguity in the ballot harvesting act. First, not everyone knows what the facts are. Once they do, the legislature can legalize the procedure so voters can make their voices heard,” said DGT Member Shirley Muney.

The importance of redistricting

Heidler said that her top priority is developing a strategy for the state’s political redistricting. 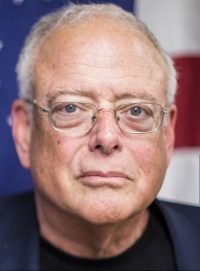 “The last redistricting was a decade ago,” said Bill Roe, former chair of the Arizona Democratic Party. “Redistricting is incredibly important because it determines our legislative districts and our Congressional districts for the next decade.”

“It also filters down to the Board of Supervisors. Anyone who is not familiar with her should look at the Arizona State Constitution. We are one of the few states that have an independent districting commission.”

“If the procedure follows what happened ten years ago, Secretary of State Katie Hobbs will meet with redistricting officials in the second week in March.

“The two Republican and Democratic commissioners have already been named. They’ll be in a pool of 5 people who will be the candidate to be the independent chair.

“Those decisions are extremely intense. Last time we had some 60 plus meetings run by the commission ran to take input.

“Those meetings are incredibly important. We learned through our pain there was a very early meeting on the East side of Tucson, and we did not prep for it, and the Tea Party people turned out in force.

“The other meeting we lost out on was in Payson, and the Tea Party totally dominated it.

“We simply have to have people at every single of those redistricting meetings to testify about the importance of district lines,” Roe said.