The video below from the Trump Zone is scary.

It is a seven-minute exchange between the indicted white nationalist-fascist and Trump confidant Steve Bannon and fringe reactionary state representative Mark Finchem (R-LD11).

During this exchange on December 28, 2020, Finchem went after the Republican-dominated Maricopa County Board of Supervisors for using the courts to stop enforcement of a subpoena issued by the Arizona State Senate (specifically Senators Karen Fann and Eddie Farnsworth) seeking county voting records, machines, and software from the November 3, 2020 elections.

It should be noted that a Maricopa County Superior Court Judge, Randall Warner, sided with the Board of Supervisors, stating that the Legislature did not follow proper procedures on enforcing the subpoenas.

According to reporting by both the Republic and AZ Mirror, the two Senators may refile their motion and the Board of Supervisors has filed a suit contending the legislature has no business subpoenaing Maricopa County.

All of this has caused Finchem and his fellow Trump Zone-Fox Island-Disinfowar cultists to smell political blood.

During the exchange with the indicted Bannon, Finchem claimed that the people of Maricopa County are engaged in a “full uprising.”

I live in Maricopa County. I have not seen any signs of a full uprising.

According to Finchem, who called the four Republican members of the Maricopa County Board of Supervisors “Supposed Republicans,“ there will be a gathering at the State Capitol at 6:00 p.m. on December 30, 2020, for all county Republicans to sign petitions to start the recall process on all  Board of Supervisor members.

Finchem, in chastizing  the position of the Maricopa County Board of Supervisors, asked “what kind of idiots do they think we are?”

Is this a trick question? 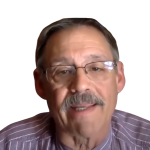 “Newsflash folks. If you think this is going away, you got another thing coming,” blathered crackpot Rep. Mark Finchem.

Indicted Bannon then asked if it was possible Arizona Republicans would bring up articles of impeachment against Governor Ducey if he does not call a special session to deal with the baseless charges of voter fraud. Finchem said that his phone and email traffic has been very high calling on him to “stay the course” and to recall the Governor, plus Secretary of State (Katie Hobbs), and the Arizona Attorney General. Other callers, according to Finchem, have called for the impeachment of Ducey and Hobbs. Finchem further said:

“Newsflash folks. If you think this is going away, you got another thing coming,” Finchem blathered.

In the closing part of the exchange, Finchem said that any information on fraud would be enough for Mike Pence to not accept the duly certified Presidential electors from Arizona on January 6, 2021.

Finchem is right about one thing.

Although his band of reactionary alt-reality cultists is in no way a majority movement, they in all likelihood, make up most of what was once known as the Republican Party.

They are not going away.

The fact that people like Finchem, Kelly Townsend, Wendy Rogers, and Kelli Ward can get elected and occupy actual positions of responsibility in the Republican Party proves it.

That is very scary.

It is all the more reason to take this video exchange with indicted Steve Bannon seriously, share it as a warning to all the sane people in the state, and to fight for new legislative and congressional district boundaries where these reactionary zealots and flukes never win an elected office again.