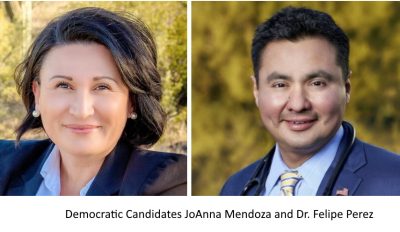 The ADLCC, the legislative arm of the Arizona Democratic Party, has added District 11 to their list of flippable Districts and investing additional resources into Democratic candidates JoAnna Mendoza for state Senate in LD11, and Dr. Felipe Perez for state House.

“Throughout this campaign, we’ve proven that change is possible when we come together for the greater good. This year, we finally have a real chance to flip District 11 and the Arizona State Legislature for the first time since 1966. We’re just two seats away in the House and three in the Senate, and we are up for the challenge,” Mendoza said.

You can donate to Mendoza at https://secure.actblue.com/donate/helpmeflipazld11 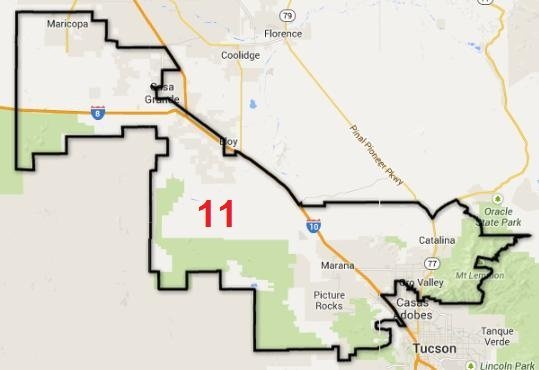 LD11 has been under the Republican yoke since it was created in 2010. The district runs north and west of Tucson and includes Oro Valley, Marana, Catalina, Maricopa, and Picture Rocks.

Dr. Felipe Perez is a Tucson physician for El Rio Community Health Center. You can donate to his campaign at https://secure.actblue.com/donate/felipe-r-perez-for-arizona-1

JoAnna Mendoza has a 20-year career in the military, retiring from the Marine Corps.