Video: Jeremey Lasher on How To Win Elections

Former DGT President Jeremey Lasher spelled out how he helped win elections for Democrats in Arizona and Georgia. The single, most-effective technique is face-to-face meetings with workers.

However, the pandemic quashed this key tactic and forced Democrats to merely drop off literature, because county and state Democratic parties advised volunteers that voters did not want to meet visitors at their front door. Volunteers did make phone calls, sent texts, and hand-wrote postcards — which he said are less effective than in-person meetings with voters.

This fact hurt down-ballot candidates, especially those running for state Legislature. Even though Arizona went blue, electing President Joe Biden and US Senator Mark Kelly — Democrats lost the Recorder’s office in Maricopa County, and also lost a potential pickup for the LD6 House seat by 5,284 votes out of a total of 205,252 votes cast.

He said voters were overwhelmed with promotions for the US President and Senator, and therefore were unfamiliar with down-ballot candidates.

Volunteers registered more Democrats in 2020 in Coconino and Pima County, but Republicans out-registered voters in Maricopa and Yuma County. As a result, the state Legislature is in Republican control. 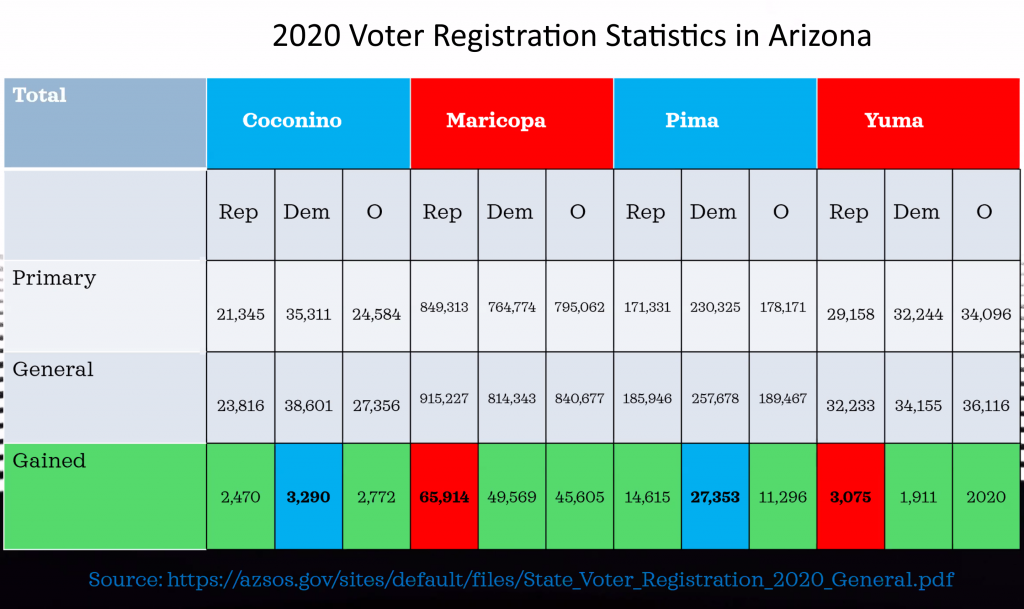 When the pandemic is over, Jeremey said that Democrats must return to more partisan voter registration at universities, community colleges, motor vehicle offices, libraries, farmers markets, swap meets, and retail locations like groceries.