It is Alive: School Voucher Bill Advances in the Arizona State Senate

Like monsters from B Movie franchises that never die (like Jason, Freddy Kruger, and Candy Man) school voucher measures are brought back to life year after year by Republicans in the Arizona State Legislature.

Use Request to Speak to tell legislators you OPPOSE SB1452

The latest incarnation of voucher expansion is Senate Education Committee Chairperson Paul Boyer’s Senate Bill (SB)  1452 which would allow students on free and reduced lunch or those children that attend Title One Schools to apply for Empowerment Scholarship Accounts to attend private schools, including religious ones.

This bill passed the Senate Education Committee on February 2, 2021, on a party-line vote.

Beth Lewis, the Executive Director of Save Our Schools (SOS) Arizona relayed, according to the Capitol Times, that this bill would be challenged at the ballot box like a similar rejected measure in 2018.

“I would just say that at this point, Arizona voters have explicitly approved money for teacher pay and classroom expenses in proposition 301, proposition 208, countless bonds and overrides that passed overwhelmingly last November, and in case it wasn’t abundantly clear that people support public schools and not privatized schemes from all that, they explicitly rejected Prop 305 at resounding rates in 2018. Between all of that evidence, there is no question what voters want to do with our tax dollars. Those facts are in black and white. The politicians ignoring us can no longer pretend to have our best interest in mind when they attempt behind closed doors what they couldn’t achieve at the ballot box. All of these voucher expansion attempts are both a slap in the face to the democratic process and a slap in the face to everyone who wants to support public schools.” 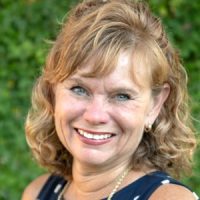 Democratic State Senator Christine Marsh pointed out that this legislation would allow middle and upper-class families whose children attend Title One Schools to also apply for Empowerment Scholarship Accounts instead of spending their own (and available) money.

Public school dollars should not go into private schools.

The Arizona Voucher system has already demonstrated itself to be corrupt with families gaming the system to either use the funds in the Empowerment Scholarship Accounts to attend out of state private schools, pay for noneducational needs, use as a college savings account, or filling out different scholarship applications to get more funding.

The voucher program does not need expansion. It needs greater supervision.

If private schools really want to help the poor, they should greatly expand scholarships, funded by their own private benefactors, to create more admission opportunities for them instead of creating a racket where public taxpayer money is either subsidizing families who could afford the tuition on their own or a funding stream into their sometimes unaudited coffers.

The state should not send any more taxpayer dollars to private schools.

Do not let this monster out again.