Infrastructure Bank Will Create 25 Million Jobs and Rebuild the Country

A coalition of labor leaders and elected local officials is calling for the creation of a $4 trillion National Infrastructure Bank (NIB) to finance infrastructure projects across the country. Based on a successful model that operated from 1932 to 1957, the new bank will make low-interest loans to state and local governments to build affordable housing, mass transit, roads, broadband, water systems, and more.

The idea takes a plan from the Democratic National Platform (see p. 17). The independent federal agency will be capitalized with existing U.S. Treasury bonds and will make loans at below-market rates to cities, counties, and states. The National Infrastructure Bank will:

“If we can spend billions on space force, we can invest in the workforce,” said Erika White, Vice President of the Communication Workers 4319 in Toledo. “For every $1 million invested, we create 100,000 and 250,000 good-paying union telecom jobs. That’s how we build back America.” She spoke during a breakout session at the National Democratic Convention on August 19, 2020. 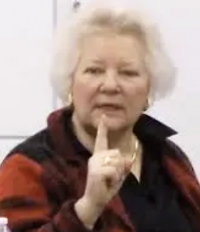 “It will really supercharge the economy,” said economist Alphecca Muttardy. “We can get the national GDP growth rate up to 5%. The bank will be good for federal and state coffers. Today there are 30 million unemployed people, and many of their jobs won’t come back. The bank will create construction jobs with full benefits. It will cut unemployment. The bank builds back better, but it is a concrete plan to do it without increasing the burden on the budget.”

Modeled on a Great Depression program

The NIB is modeled on FDR’s Reconstruction Finance Corporation which operated for 25 years until 1957. The RFC provided financial support to state and local governments and made loans to banks, railroads, mortgage associations, and other businesses. Like the NIB, it was fully owned and operated by the government. Under the New Deal, the powers of the RFC purchased bank stock and extended loans for agriculture, housing, exports, businesses, governments, and disaster relief.

“We’ve already done this before in the Great Depression and World War 2. It saved the banking system and repaid depositors whose accounts were tied up in closed banks. The RFC built tunnels, bridges, and aqueducts throughout the nation, brought electricity to rural citizens and let them buy appliances on credit. It helped communities rebuild after natural disasters and saved the land of farmers. The RFC made money for US taxpayers during the Great Depression,” said Steven Fenberg, the author of “Unprecedented Power” and the executive producer and writer of  “Brother, Can You Spare a Billion? The Story of Jesse H. Jones.”

“The new Infrastructure Bank would do the same thing. It will supply children with computers in school, improve our electric grid, respond to the devastation to climate change and coronavirus, and achieve the goal of the Green New Deal,” he said. “It will help us do things as a great nation. Let’s help Joe Biden and Kamala Harris build back America with the new infrastructure bank.” 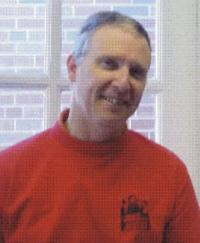 “It is not a new and radical idea – we’ve done it four times in our history. This lending program will finance communities that need the money to make this happen. This idea is not radical, it’s been done, we’ve just forgotten it and we need to go back,” said Robert Lynn, Jr., the Secretary of Jobs with Justice in Toledo, Ohio. Lynn said the bank is predicted to create 25 million jobs, according to a University of Maryland Study.

“We cannot continue with the pay as you go system. The only way we will pay off the debt is to outgrow it by increasing productivity.”

Stanley Forczek echoed Lynn saying, “We have to stop talking about the cost of the project. We must change the mindset. We must think about the betterment of the nation as a whole.” He is an infrastructure expert and is the former director of Finance for the Northeast Corridor for  Amtrak Corporation.

Democrats support the creation of an infrastructure bank, a public bank that will leverage public and private resources to build infrastructure projects of national or regional significance, including in rail and transit, clean energy and water infrastructure, broadband, and affordable housing. Projects that receive assistance from the bank will be required to follow Buy America and Buy Clean provisions, pay Davis-Bacon prevailing wages, utilize project labor agreements, and ensure employers remain neutral in workers’ organizing efforts.

All federally supported infrastructure projects, whether existing or newly developed, financed through grants, loans, tax incentives, or a national infrastructure bank, should create good, union jobs that expand the middle class. That is why Democrats will ensure labor protections, Davis-Bacon wage standards, project labor agreements, collective bargaining neutrality, and domestic sourcing requirements are included in any infrastructure legislation, and will block anti-worker provisions, including forced arbitration. As we expand the clean energy technology and infrastructure industry; we will fight to enact legislation that will drive the creation of family-sustaining jobs, with the high road labor standards with the provisions defined in the Good Jobs for the 21st Century Energy Act.

David Cameron, the Assistant to the Director of the Teamsters Rail Conference, said “we are very supportive seeing a renaissance of passenger rail in this country.” He cited a $171 million high-speed rail project under construction now in California that will connect Los Angeles and San Francisco. The route is one of the busiest short-haul flights in the country, but ¼ of all flights are delayed. Short-haul flights produce heavy pollution during takeoff and landing, and they are not good revenue producing flights for airlines.”

“The rail project will get you there in three hours – for the equivalent amount of time and cost,” he said. The airport gates are at capacity and the airlines want to see this project.”

“Let’s get real. We are living in an infrastructure built by our grandparents and parents. We see failing bridges, dams, and environmental catastrophe. NIB is revenue-neutral way of dealing with woeful condition of our infrastructure.”