How Democrats Will Win in 2020 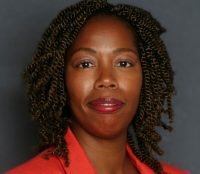 Thanks to your generosity, we’ve been able to take all the feedback we’ve gotten since 2016 and incorporate it into our planning for this year. Our process has allowed us to make more strategic decisions to build out our programs and has me so excited with all that we will be able to do for our nominee.

Our DNC staff have been working nonstop since the end of 2016 to ensure we are prepared for the 2020 election. We’re opening offices now and using this longer on-ramp to help ensure that each choice we’re making takes into account our values and end goals. We’re organizing on a county­ by-county level. This is a 50-state Party, and we’ve held up our promise to organize in a way that reflects every community. Because we’ve given ourselves time to make community-based decisions, the result will be very different from 2016.

The following programs and strategies make up the DNC’s 2020 Roadmap to Victory and illustrate how we’re putting your generous investments to work. With the support of passionate and proud Democrats like you across the country, we will be victorious on November 3. I can’t thank you enough.

In our 2020 planning conversations, we consistently heard that we need to be making investments in organizing earlier than they were made in 2016 because the most valuable thing we can give our presidential nominee is a solid infrastructure already built in the battleground states we know we need to win.

As a result, the DNC’s Battleground Build-Up 2020 is targeting and investing in states where the results were close in 2016 — Arizona, Florida, Michigan, North Carolina, Pennsylvania, Wisconsin, Texas, Georgia, Ohio, New Hampshire, Virginia, and Nevada. This program is a multi-million-dollar investment — there was no comparable general election investment made by the DNC at this point in the last presidential campaign cycle, and we may focus on additional states as the cycle progresses.

The goal for this program is to roughly double the number of on-the-ground field organizers across these battleground states, dramatically increasing the number of organizing staff across the country. The result will be hundreds of diverse, newly trained organizing staff who are local to their states, engaging with voters about the issues they care about and the damaging effects of Trump’s presidency. This program will also fund on-the-ground data staff to help organizers reach potential voters in the most accurate and efficient way possible and with the most effective messaging and tools. With your continued support, we will open additional field offices across these battleground states while allowing us to prepare multiple pathways to 270 electoral votes for the nominee.

Immediately after announcing our expanded investment, the Trump team responded that they are signing 15 leases on storefronts for their own expansion of field offices in seven key swing states to specifically target black voters. We know we’re doing something right when Trump feels threatened enough to spend money on field operations.

When Chair Tom Perez was elected in 2017, he made upgrading the Democratic Party’s data and technology a top priority. And we’ve made significant gains since then making us a leader in this space within the Democratic ecosystem of committees, campaigns, and state parties. Our allies are counting on us to provide the best voter outreach data possible, which is why we have prioritized this work.

The DNC has rebuilt our data infrastructure with a state-of-the-art, cloud-based data warehouse. We’ve also invested in our data itself to make sure our view of every potential voter is as accurate as possible with the most up-to-date voter contact information, as well as integrating advanced data sets like demographic and behavioral modeling.

We’ve modernized our cybersecurity infrastructure to improve our own security posture while helping state parties and campaigns do the same. This work is critical before voters choose a presidential nominee, so the DNC can provide data to the nominee so they can contact voters in the general election. We are also highly focused on securing our elections against foreign powers determined to interfere in our democracy.

The DNC tech team is consistently monitoring the web for disinformation by utilizing tools we’ve built solely for this purpose. When disinformation is detected, it’s on us to correct the record, and work with campaigns, state parties, and sister committees to ensure lies and mistruths are stopped before they’re spread further. We’ve created a guide to disinformation response and regularly conduct security core curriculum training with our Democratic partners, so that we are united in our efforts to prevent false information from getting to voters.

As we organize and fight to win elections up and down the ballot, the task of defining Trump and his failed leadership is critical to winning — and we’re diving into this vital work with a new and innovative approach.

The DNC War Room is a fully·-staffed rapid response operation working around the clock to collect, package, and share information about the widespread damage Trump and Republicans are doing across the country at the local level. We’ve got individuals and business owners telling personal and often heart-wrenching stories about the chaos the president is sowing with his regressive policies and divisive tactics.

For instance, we are lifting up the stories of farmers across Iowa and Wisconsin who are hurting due to Trump’s trade war with China. Several news outlets have picked up our content amplifying farmers ‘struggles –like the fact that farm bankruptcies are up a whopping 20 percent under the Trump administration, coinciding with record levels of farm debt — elevating these issues in the news cycle and forcing the Trump campaign to respond.

Throughout the 2020 campaign, the DNC War Room is continuously exposing Trump as the liar he is by producing content attacking him and his policies, generating negative media coverage about him, and making voters aware of the catastrophic impact of his policies in their communities.

There is no doubt that the DNC War Room has their hands full, and we are working around the clock to create the content our progressive allies and partners rely on to combat Trump’s campaign of distortion. We have developed a library of content specifically to wield the truth against Republican lies. The DNC is prepared for this moment and with continued funding to staff up as we approach Election Day, we can defeat Trump.

When I think about Voter Protection, the first thing that comes to mind is this young woman I met in Georgia. She was 18 and was so excited to vote for the first time. We were getting reports that the lines to vote were long, so we told her to make sure she stayed in line. She thanked us for telling her and said she was going to go home and change her shoes to make sure she could stay in line. While it’s inspiring that this young woman, a shift worker in Georgia, was going to go home and change so she can prepare to stand in line for hours just to exercise her right to vote, it is ridiculous how hard it is to vote for many in this country.

This is why when I look at states like Kansas, where the Secretary of State, Scott Schwab, is refusing to implement Kansas’ new election law, I can’t help but get worked up. The law was passed in 2019 with bipartisan support specifically in time for the 2020 elections and allows counties to let voters cast their ballots at any polling place within their county, rather than within smaller precincts. The DNC, along with the DSCC, the DCCC, and the Kansas Democratic Party, recently challenged Secretary Schwab in court over his refusal to implement the new election law.

As the Secretary of State, his job is to expand access to voting, not restrict it! But Republicans are well aware that on most issues, the majority of Americans share Democratic values. This is why they have spent years trying to defeat Democrats the only way they can: by taking away the right to vote from a specific demographic of Americans.

In addition to lawsuits like this, the DNC has built a voter protection infrastructure that will protect every American’s right to vote and participate in fair elections. We are funding voter protection staff in states across the country who are on the ground to provide voter assistance, and our staff works closely with local, state, and national partners to implement voter education and voting rights programming and strategies in communities across the nation.

As the national Democratic Party, our number one job is to support Democratic state Parties across the country. We know that state and local leaders know best what they need to achieve victory, so the DNC has increased its monthly investment in every state party by 33 percent since 2016, helping support a variety of general election programs. Supporting state parties is how we implement a 50-state strategy, and these grants have helped to ensure innovation and early organizing throughout the country to help elect Democrats up and down the ticket.

We are taking nothing for granted and are laying the groundwork across a wide battleground map and across our 50 states so that our eventual nominee can defeat Trump in November.

Unlike in 2016, Trump has a record. At every turn he is looking out for himself, hurting hardworking Americans, and in less than eight months we will hold him accountable. So again, thank you. Time is critical. Election Day is rapidly approaching, and we have a lot of work to do.

With your ongoing support, I am confident we can defeat Trump and reverse the dangerous policies of his administration, and elect Democrats up and down the ballot who will fight for the principles and values of the Democratic Party. Everything we’ve been able to do and will do is because of you. Thank you for your commitment!

About the Author: Muthoni Wambu Kraal