The House of Representatives voted by a bipartisan majority of 228-164 to pass the Marijuana Opportunity, Reinvestment, and Expungement (MORE) Act, ending the Federal ban on cannabis.

The MORE Act would remove cannabis from the Controlled Substances Act and expunge nonviolent pot-related offenses.

The New York Times reports the law, “would require Federal courts to release those serving sentences for nonviolent marijuana-related offenses, and set up grant programs focused on providing job training, legal aid, and substance use treatment, as well as grants for small business in the marijuana industry led-by low-income and minority business owners.”

Long-time cannabis advocate Representative Jerry Nadler, who shepherded the bill through the Judiciary Committee this summer, said, “The MORE Act is about making people whole from harms suffered directly as a result of the marijuana ban.”

The legislation doesn’t allow marijuana to be sold nationwide. States still decide whether or not to legalize cannabis. 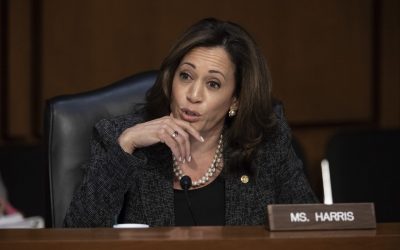 Vice-President-elect Kamala Harris, the sponsor of the Senate bill, has said, “First of all, let me make this statement very clear. I believe we need to legalize marijuana.”

President-elect Joe Biden does not support the measure.

The irony is not lost on Democrats. The large, maskless holiday super spreaders planned by the White House and Secretary of State Mike Pompeo, border on the criminally negligent.

Importantly, the law would allow Veteran Affairs physicians to recommend medical cannabis to their patients without facing prosecution by the Drug Enforcement Agency.

This is a reversal of a Trump administration policy that has angered wounded veterans who swear by pot as a physical and psychological elixir.

The bill is not expected to be signed into law unless Democrats win the Georgia runoff and gain control of the Senate.

However, House passage of the MORE Act signals a cultural milestone in the U.S. where 38 states and D.C. have legalized medicinal pot.