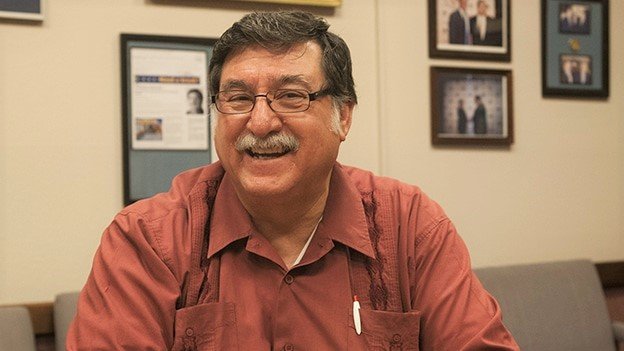 Democratic Richard Fimbres is a member of the Tucson City Council representing Ward 5, where he is a lifelong resident. He was first elected in 2009 and is running unopposed in the November 2, 2021 election.

A 32-year veteran of the Pima Sheriff’s Department, he has dedicated most of his personal and professional life to obtain the well-being and prosperity of Mexican communities. Richard has served as a national officer for the League of United Latin American Citizens (LULAC).

Richard has led the council on water conservation and cleanup of PFAS/PFOS from the water at Tucson’s Advanced Oxidation Process plant. He formed Tucson Homeless Work Program, which cleans homeless hotspots, and gets the homeless into housing and services.

Register in advance for this meeting:
https://us02web.zoom.us/meeting/register/tZYvce6rpjoiH9CZVy24EQi7FMyTwo-6v7i0

In March 2021, he led the council to temporarily halt the Reid Park Zoo expansion in light of protests about the destruction of the southern duck pond and Barnum Hill. He found public funding for the Buffalo Soldiers Memorial Plaza, which opened on May 3, 2021, in Silverlake Park at 1575 E 36th St.

Fimbres led the fight to keep the Cherrybell Post Office open and is a longtime supporter of the Community Food Bank.

A graduate of the University of Arizona, he is a Vietnam-era veteran, serving as a military policeman. He is the former Director of the Arizona Governor’s Office of Highway Safety under Governor Janet Napolitano.