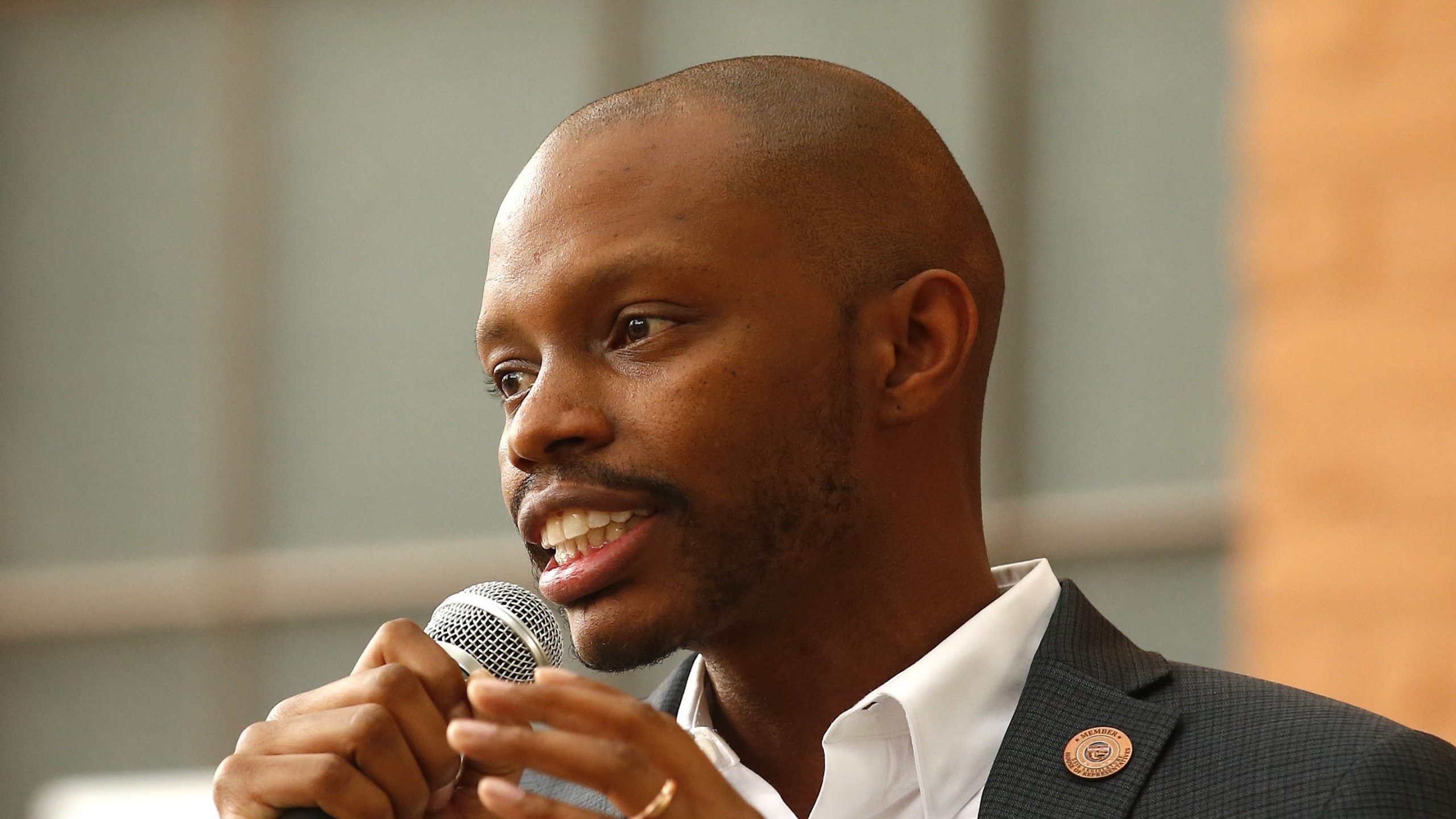 Democrat Reginald Bolding was first elected in 2014 as State Representative and is currently serving a fourth term in LD27 (Phoenix and South Mountain Village). He is the Founder and Co-Executive Director at Our Voice, Our Vote – Arizona (OVOV), and the Arizona Coalition for Change (C4C). He also serves as the Minority Leader in the Arizona House of Representatives.

Reginald is the founder of the largest Black-led voting rights and community engagement organizations in the state. They are responsible for registering more than 50,000 qualified people to vote, providing opportunities for thousands of young people to engage in politics, and helping deliver real changes for hardworking Arizonans and their families.

Register in advance for this meeting:
https://us02web.zoom.us/meeting/register/tZErcOugqj8vGtCUb5pEbZFaJyzQE669Uhqe

Bolding’s single mother worked two jobs to put food on the table for her sons. The sacrifices she made showed has what hard work and perseverance looked like.

Inspired by his mom, he defied the odds to become a first-generation college graduate, Special Education math teacher, civic engagement champion, and now the House Democratic Leader in the Arizona House of Representatives.

Arizona is already shaping up as a key battleground between all three factions: Former Maricopa County Recorder Adrian Fontes (D), who administered the 2020 elections in the state’s largest county, and state House Minority Leader Reginald Bolding (D) are vying for the Democratic nomination to replace Secretary of State Katie Hobbs (D), who is running for governor.

On the Republican side, the leading contenders are state Sen. Michelle Ugenti-Rita, state Rep. Mark Finchem and state Rep. Shawnna Bolick, three Republicans who reflect the current schism among their party’s elected leaders.