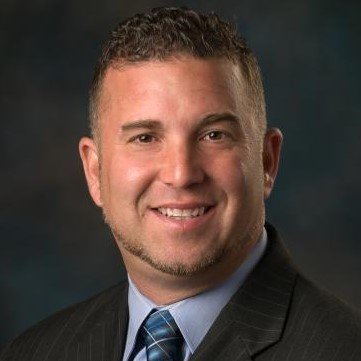 He was first appointed to the council to serve a partial term. He won the election to a full term in 2011.

A native Tucsonan, Cunningham graduated from Rincon High School and earned a B.A. in history from the University of Arizona in 1997. He went on to receive an M.S.W. (Master of Social Work) from Arizona State University in 2007. His professional experience includes the following:

Register in advance for this meeting:
https://us02web.zoom.us/meeting/register/tZwvcuyopzktE9TCcpOuhtCsipXP3O7wIAiw

Paul Cunningham is a native Arizonan and longtime community activist with 19 years of professional and volunteer public service. He is the son of former State Senator George Cunningham and lifelong Tucson advocate Margie Cunningham.

Cunningham started his career at the Ott Family YMCA located in Ward 2. He is a 12 year veteran of the Pima County Juvenile Probation Department and served in the Army Reserve and National Guard from 1993-2001.

Cunningham served on the Arizona Juvenile Justice Commission, the Correction Officer Retirement Local Board, has been active in volunteering with Youth on their Own, Our Family, the Pima County Probation Officers Association, National Youth Sports, the YMCA, Friends of the Library, and the Community Prevention Coalition. He and several young people founded “TEAM Tucson” (teen empowerment and advocacy movement) in 2005. He also authored a youth empowerment program, known as the “Hoop Dreams: Control Your Destiny” curriculum. He is the former president of the EL GHEKO neighborhood association.

Since being sworn into office, Vice Mayor Cunningham championed preseason professional soccer as an economic development engine for Tucson. In the past two years, ties with Major League Soccer have grown and the league considers Tucson its “Western Hub.”

Vice Mayor Cunningham is committed to safeguarding Tucson’s greatest asset – our water supply. He championed our current water service area policy and advocated for rainwater harvesting rebates. He firmly believes that policies like these are the only way to ensure the long-term viability of both our community and the precious desert we live in.

Paul was sworn in as a council member by his grandmother, retired Superior Court Judge Lillian Fisher, on May 11, 2010. He was elected to a full council term in November of 2011. On December 2, 2019, Paul was selected by his colleagues to be Vice Mayor.

Paul is married to Alisa and has three sons. He currently teaches at Gridley Middle School in the Tucson Unified School District.