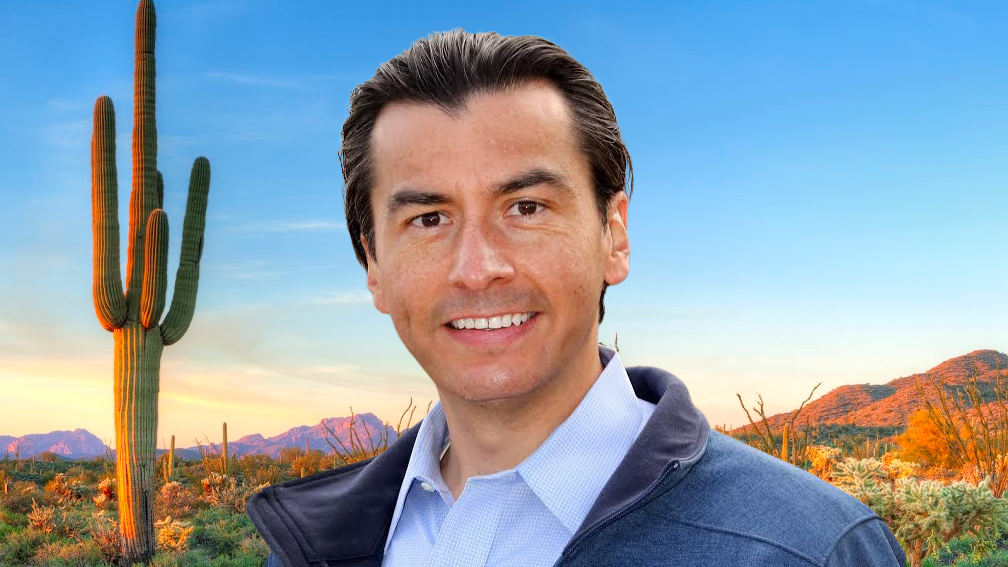 Marco Lopez, an international business consultant, former Nogales mayor, and Director of the Arizona Department of Commerce, announced his candidacy for governor on March 16.

Having served in government and run small businesses, Marco has always sought to bring people together, with new ideas, to tackle our toughest problems. Now Marco is running for Governor because the state needs leadership that can think big—with a bold vision that can transform our education system, re-energize our economy, and put Arizonans first—above partisan politics.

Register in advance for this meeting:
https://us02web.zoom.us/meeting/register/tZcrcOuvqTIqGdT_7tsfBGC8Tgheu1lyxGOm

Both of Marco’s parents are Mexican immigrants, who worked hard to build a better future for Marco and his sisters. His mom, grandma, and great-grandma were all small business owners who operated everything from a jewelry store, a candy shop, and a bed and breakfast. His dad is a plumber. Both his parents taught Marco at an early age the “moral obligation to give back a piece of themselves to the community.” This lesson stuck with Marco and shaped who he is today.

After graduating from the University of Arizona, Marco returned home and was elected Mayor of Nogales at 22. Here Marco dealt with the aftermath of the terrorist attacks on September 11, 2001. Soon after the attacks, the city’s economy crashed as stricter trade regulations stalled trading with other countries. Knowing he needed to help protect the jobs in his city, Marco brought together surrounding mayors and found solutions that got their cities’ economies moving again.

In 2008, he was appointed by Janet Napolitano as Director of the Arizona Department of Commerce, where he prioritized Arizona’s economy and developed relationships with Mexican and Canadian companies to strengthen the state’s economy and create jobs. He later became Chief of Staff at Customs and Border Protection (CBP) under President Obama, where he strengthened security while ensuring legal trade and travel at our borders.

In 2011, Marco started his own small business focused on bringing investments to the U.S. that could help local communities. His work has brought high-speed internet to low-income families, closing the digital divide. He also started the award-winning development Skybridge Arizona, which helps American companies export their products to Mexico – on track to create almost 15,000 jobs in Arizona – and helped secure and donate Personal Protective Equipment (PPE) to frontline workers during the pandemic.