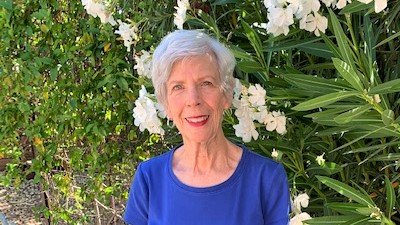 Diane Nevill is the Chair of LD10 Democrats, covering precincts east of Campbell to Saguaro National Park. Having grown up in Memphis and western Tennessee, she worked as a librarian, working in both public and community college libraries, and has lived in Arizona for 45 years.

Diane will cover LD10 and its territory system, its emphasis on building up precincts in anticipation of redistricting, projects underway in LD10, and what the future holds.

Register in advance for this meeting:
https://us02web.zoom.us/meeting/register/tZ0qcOmvrzovGtwa5BSIwDezTgltMm5sKT9e

“The 2016 election had hit me hard,” she says. “I had assumed that Hillary would become our first woman president. I hadn’t been politically active, but I needed to do something to make a difference.”

She became an appointed PC, the Territory Lead for Udall Territory, a member of our Operations Team, the Membership Chair, an elected PC, and finally, Chair.