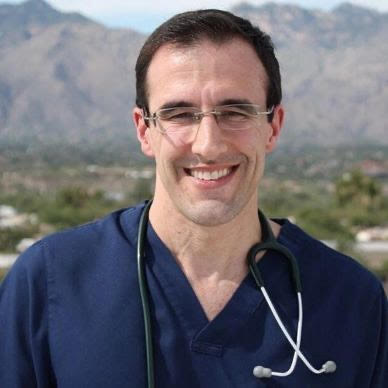 Matthew G. Heinz, MD, is an internist and hospitalist at Tucson Medical Center. He was appointed by President Obama to serve as the Director of Provider Outreach in the U.S. Department of Health and Human Services where Dr. Heinz helped to implement the Affordable Care Act (2013-2015).

In 2014, Dr. Heinz was tasked with assisting in the domestic response to the Ebola pandemic. Prior to his work at HHS, Dr. Heinz was elected to the Arizona House of Representatives where he served for two terms (2009-2013).

Register in advance for this meeting:
https://us02web.zoom.us/meeting/register/tZEqduyppj4oHNdqzsxrM_M0nskKyZyfv4n0

Elected to the Arizona State House in 2008, Matt served two terms and was chosen by his Democratic colleagues to serve as caucus whip. In the House, he focused on seniors, veterans, and healthcare issues, working across the aisle to write and pass key legislation including:

​He wrote a bill to make all medical complaints and patient safety information a public record, and broke the partisan gridlock in Phoenix to get it passed (Arizona H.B. 2520 (2011); Arizona H.B. 2545 (2010)

​He stood up for our injured veterans so their benefits can never be seized by collectors. Arizona H.B. 2348 (2010)

He helped secure health care for seniors who need it most by ensuring access to hospice care in a time of drastic cuts. Arizona H.B 2099 (2011)