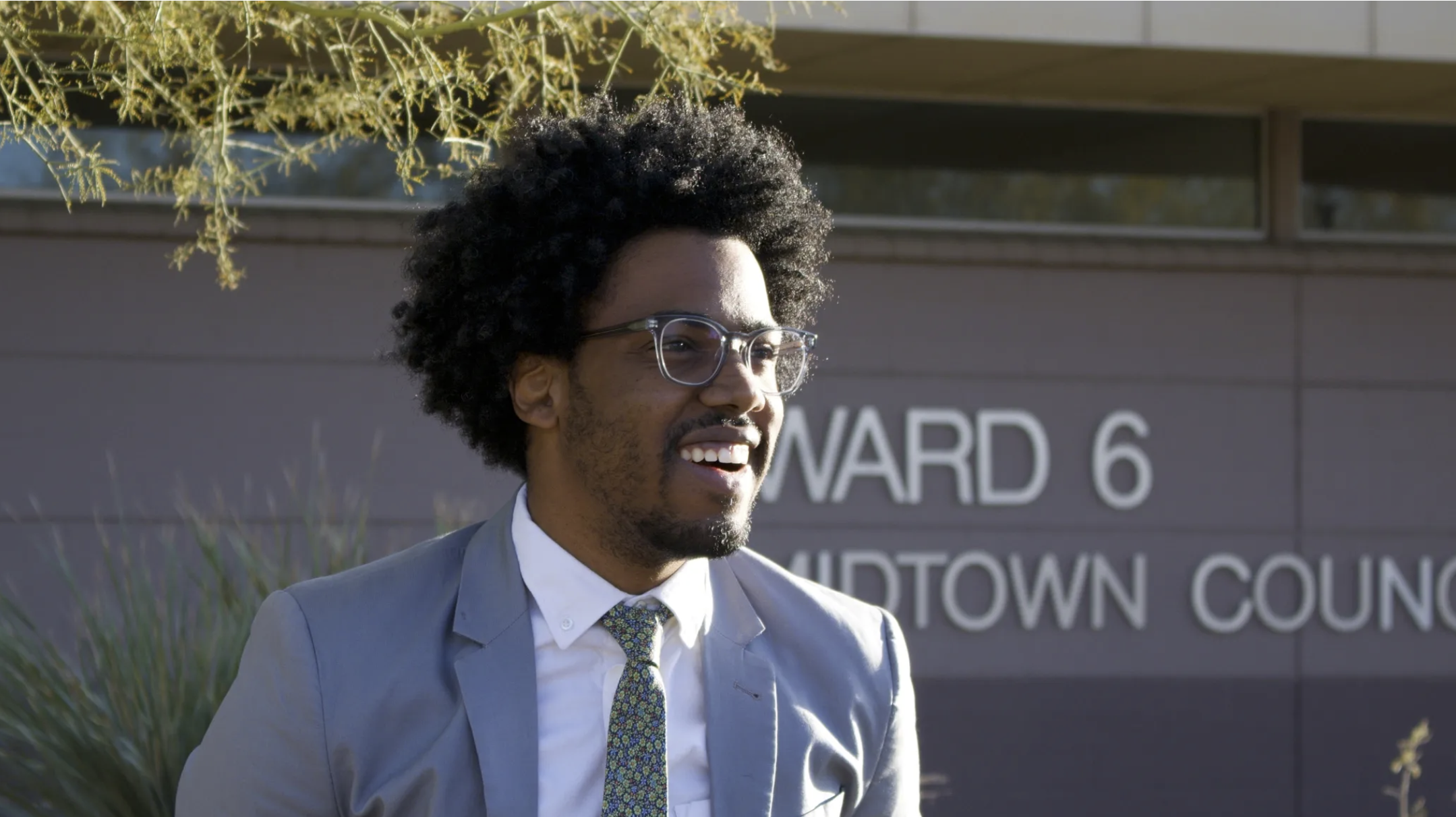 Andrés will speak about Building Community through Prioritizing Our H.O.M.E.

Today, Andrésis a New American Leader, Monzon institute fellow, and the Deputy Director of Arizona Coalition for Change and Our Voice, Our Vote Arizona.

Register in advance for this meeting:
https://us02web.zoom.us/meeting/register/tZIkcO2grjoqGN1Pm56NbbVDEPXe2O0sQTqV

Andrés was raised in Sierra Vista. He found home and community in both Tucson as his mother is 3rd generation Black Tucsonan.

He was a policy intern for Congressman Ron Barber during his time at the University of Arizona. He realized constituent services and being a representative of his community is ultimately what he wanted for his life.

After graduating, Andrésworked for SWFHC as a Regional Marketing and Community Development Director, which earned him the distinction of National Fair Housing Alliance Emerging Leader in Civil Rights. Andres began leading community conversations to create change within the city tied to gentrification, displacement, and community development, which ultimately landed him a job working for Council Member Santa Cruz as a Senior Policy Advisor. During this time, he created the Commission on Equitable Housing and Development, the Office of Equity, and the ordinance to denounce white supremacy.