In his 2021 State of the State Address, Governor Doug Ducey, in an attempt to make nice with the rabid Trumpist science-denying fringe, attacked public schools for not moving fast enough to reopen for in-person instruction.

The most significant part of the address was Ducey taking a belligerent tone towards public schools. He said:

“But it’s time to get our students back where they belong. With every public-health professional, from Dr. Fauci and the CDC on down, saying that the safest place for kids to be is in school, we will not be funding empty seats or allowing schools to remain in a perpetual state of closure. Children still need to learn, even in a pandemic.”

“By necessity during this emergency, many parents have been more engaged than ever in the daily education of their children. Quite a few have found temporary educational options they want to make permanent. It’s their right. Public policy should keep pace, and empower them to make that choice.”

Threatening to cut off funding to schools and educators struggling to make the best of a horrible situation during the pandemic is mean and insane.

It did not take long for the public school community to take issue with Mr. Ducey’s position on reopening public schools. 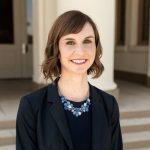 Arizona School Superintendent Kathy Hoffman said on KJZZ radio that the overall tone of his speech was “disrespectful to teachers” and that she wasn’t satisfied with his “empty seats” point. “We currently have a budget surplus for the state as well as the $1 billion rainy day fund. So there is no excuse to not fully fund our schools,” she said, adding that she wished Ducey had focused on policy solutions in the speech. Hoffman also fired off a scathing tweet to Ducey’s speech, “The Governor’s State of the State speech ignored the reality of the worsening spread of Covid- 19 and its severe impact on our schools, students, and teachers,” she said, adding that Ducey is contributing to an environment where teachers, board members, and superintendents are harassed for making data-driven decisions.” 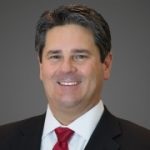 Joe Thomas of the Arizona Education Association condemned  Ducey’s speech for insulting teachers, not proposing solutions to make schools safer,  and “being out of touch with the realities” that instructors face. He ridiculed Ducey for complaining about teachers giving virtual instruction when that was the mode of communication he chose to give his State of the State Address. Thomas called for local school governing boards to adopt new health safety metrics for in-person instruction. 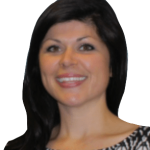 Beth Lewis Co-Founder of Save Our Schools Arizona

Co-Founder of Save Our Schools Arizona Beth Lewis also gave a rebuke of Ducey’s address, echoing Thomas in mocking Ducey for attacking virtual instruction while giving a virtual address. Reminding viewers that Arizona is among the global leaders in COVID 19 hotspots, Lewis chastized Ducey for threatening to cut funding for schools. She also called for greater funding in education. She also found it amusing that Ducey was attacking distance learning since some of his education supporters/patrons come from large distance learning low performing charter schools. She also reminded the Governor that teachers very much want to return to in-person instruction “when it’s safe.”  She called for full sustainable funding (at one hundred percent) of all modes of instruction and full support for all Arizona Public Schools. 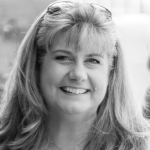 Rebecca Gau, the head of Stand for Children Arizona

Rebecca Gau, the head of Stand for Children Arizona issued an email that read:

“In today’s State of the State address, Governor Ducey said his goal is to make Arizona the best place in America to live, work, and do business. Ok.

But make no mistake – his mention of lowering taxes ultimately will result in cuts to education funding as state revenue shrinks, as has happened time and time again.

Tell your representatives: Do not cut education funding as part of the Governor’s budget agenda.

Gov. Ducey is simply out of step with millions of Arizonans who are demanding to solve our education funding problem.

The voters who demanded change at the ballot box and secured a victory for Prop 208 have the momentum.

But we need elected officials to know that you’re opposed to all attempts to further erode education funding by lowering taxes.” 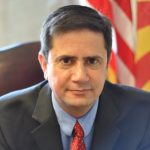 David Lujan, the head of the Arizona Center for Economic Progress

Former Democratic Leader David Lujan, the head of the Arizona Center for Economic Progress, commented on Mr. Ducey’s State of the State, writing:

“I was hoping to hear the Governor’s plan to help Arizona families and children with problems they are facing during this health and economic crisis like housing, making child care more affordable, and food assistance. Instead, I heard him repeat the false narrative that Arizona needs more tax cuts to make Arizona more economically competitive. Tax cuts will only mean less money to invest in the supports Arizonans need to get through these difficult times.”

“Gov. Doug Ducey has failed Arizona. Thousands across Maricopa County are unemployed or are making barely enough to feed their families. Many more have sick family members in the hospital, with ICU’s in Arizona being at near capacity. Despite data from Arizona’s health officials, Gov. Ducey’s State of the State threatened to defund Arizona schools and focused on ‘cutting taxes.’ The residents of Maricopa County and the state of Arizona deserve better.

Our number one priority should be Maricopa County residents’ health, with an emphasis on protecting the most vulnerable. Any attempt from the Governor or Arizona GOP legislators to distract or deflect from prioritizing people’s health in the wake of this pandemic is irresponsible and reckless.”

While he did offer some constructive thoughts and moving sentiments in his address, he ruined everything by catering to the whims of his political base on proposing unneeded tax cuts, advocating COVID liability protection, and launching a funding war on public schools.

Governor Ducey, putting his lust for a higher political office above the people, failed as a leader for all Arizonans yesterday.