Stop Gerrymandering and Send Comments to the Redistricting Commission before their Oct. 12 Meeting

From the LD10 Democrats: 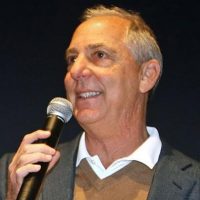 Christian conservative and GOP donor David Mehl has undue influence on the IRC.

It is critical that Democrats speak up now because it appears that Independent Redistricting Commission deliberations are being dominated by Republican Commissioner David Mehl and that Chair Erika Neuberg is deferring to him. The IRC has posted the next version of the grid maps (see below) and as described in the talking points they favor Republicans and disregard important considerations.

The Independent Redistricting Commission is intended to be representative of all political interests. Weak leadership by this Chair has opened the door for the process to be dominated by Republicans, who have been showing up at meetings en masse wearing red shirts to show which team they are on.

The redistricting process has entered a critical stage and we need Democrats and their friends and family to submit comments to the IRC before or during their meeting Tuesday, October 12, 9:00am. Below are instructions for how to submit comments and a set of talking points. 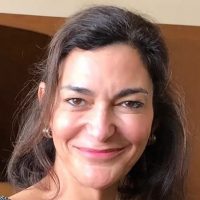 “Independent” IRC Chair Erica Neuberg allows herself to be pushed around by the GOP.

Here is how you can help:

Draft Maps Favor Republicans. According to PlanScore, a districting analysis website strongly recommended in the IRC documents, the new versions of the CD and LD maps are biased in favor of the Republican Party. For the LD map, the metrics show the maps favoring Republicans between 68 and 83% of the possible election scenarios. Because the new versions of the map are biased towards the Republican Party they should be abandoned and fresh maps drawn with more competitive districts.

Don’t Separate Affluent White Suburbs From Urban Tucson. In a recent IRC meeting, it was proposed that the affluent white suburbs surrounding Tucson be combined into a single LD that wraps around urban Tucson. Tucson area LD’s should not be segregated into high-income districts and lower income districts, but instead should be compact and competitive districts that include neighborhoods of all income brackets.

David Mehl’s influence. David Mehl represents only a segment of suburban Pima County. When the Independent Chair defers to him regarding Pima County it creates the appearance of bias.

A Better Mapping Tool for Ordinary Citizens.  The IRC needs to provide a mapping tool that can be navigated by ordinary citizens. The mapping system is baffling to inexperienced users, which is demonstrated by the low number of unique users. Many give up out of frustration. Training in the system was inadequate for people unacquainted with GIS. There is no FAQ section and no one to contact for help.

Disrespect for Tohono O’Odham.  The new version of the map rejects the clearly expressed desire of tribal advocates that they be primarily associated with metro Pima County where they have both historic and economic roots. By putting the Tohono O’Odham Nation in a district with very little of Metro Pima County you are making it likely that their representative would be from Santa Cruz County.

Avra Valley. Representatives of Avra Valley, which is located between the Tohono O’Odham Nation boundary and metro Tucson, very clearly stated that their community of interest should be left intact and associated with metro Tucson.  The draft map splits them in half just west of Tucson Estates.