Seven in 10 (70%) Arizonans are proud to live in Arizona, however, only 44% of respondents agree the state is heading in the right direction. College-educated millennials and people under age 35 are less likely than other respondents to be optimistic, with only 32% agreeing. The likely explanation is GOP-led legislature’s anti-voter, anti-abortion, anti-worker agenda. 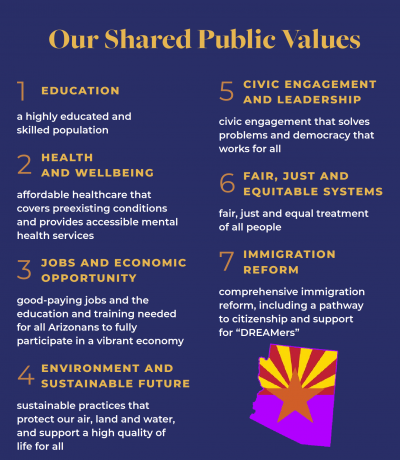 In The Arizona We Want: The Decade Ahead, the Center for the Future of Arizona shares data and insights about the 2020 Gallup Arizona Survey. The results show that, as Arizonans, we agree on much more than we disagree and that we want the same things.

Arizonans overwhelmingly agree on seven shared public values, which are defined as issues on which at least 70% or more of Arizonans agree — with strong support across geography, income, education level, political affiliation, and race or ethnicity.

I reviewed the public statements, websites, and speeches at Democrats of Greater Tucson by Friese, Engel, and Hernandez. Each supports public education and training, access to affordable healthcare, jobs that pay well, protecting the environment and fighting climate change, civic engagement, the equitable treatment of all people, and a pathway to citizenship for Dreamers.

Furthermore, the three Democrats support highly popular measures such as gun safety and background checks for gun sales, plus the right of a woman to make her own healthcare choices.

The same can’t be said of potential Republican candidates in CD2, who have recently been a collection of wannabes and also-rans who are out of touch with Arizonan public values. Republican values are not important to Arizonans in general, such as restricting voting rights (“election integrity”), building the wall (“border security”), proliferating guns (“promote the 2nd Amendment”), tax cuts for the wealthy (“flat tax”), a low minimum wage (“support business”), more highways and people in cars (“climate hoax”), no gay marriage (“protect the family”) and no abortion (“protect religion”). 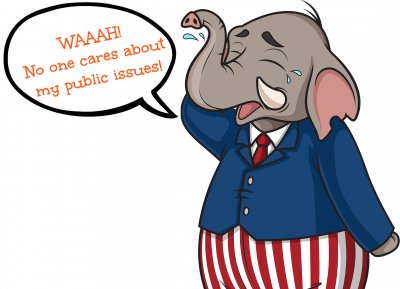 The national GOP had no platform for 2020 and the 2016 GOP Platform is a collection of right-wing grievances unrelated to the shared public values of most Arizonans. The platform frets about regulating financial institutions, opposing unions, and cutting taxes for rich people. Nowhere in the platform do the words “climate change” or “environment” appear.

Pima County in general and Tucson specifically are Democratic strongholds. Accordingly, CD2 has elected Democrats to Congress going back to Harold Patten, who was elected in 1948. Stewart and Mo Udall held office from 1954 through 1991. Gabby Giffords took office in 2006 and served till 2012 (when it was CD8), followed by Democrat Ron Barber from 2012 to 2015.

The Democratic candidates for 2022 are:

There was a dim period when Republican lightweight Martha McSally represented Tucson in Congress from 2015 to 2019. That ended when Democrat Ann Kirkpatrick was elected in 2018; she has announced her retirement in 2022.

Arizona remains a battleground state that is turning blue as of 2018, with Democrats electing two US Senators, 5 of 9 Congress members, the Secretary of State, and State Superintendent of schools.