“The race being so close in Georgia was a big surprise, but Pennsylvania – the reason Joe Biden is strong in Pennsylvania, a state that voted Republican last time, is because he’s from there and they know him. It’s the same reason Trump lost New York.” – Jimmy Kimmel
“Biden won the hearts of Bostonians with his stirring message of telling a guy from New York to shut the hell up.” – Stephen Colbert, on Biden taking Massachusetts
“Of course in New Hampshire in 2020, ‘Live Free or Die’ isn’t just a motto, it was the two choices on the ballot.” – Stephen Colbert, on Biden’s New Hampshire’s win 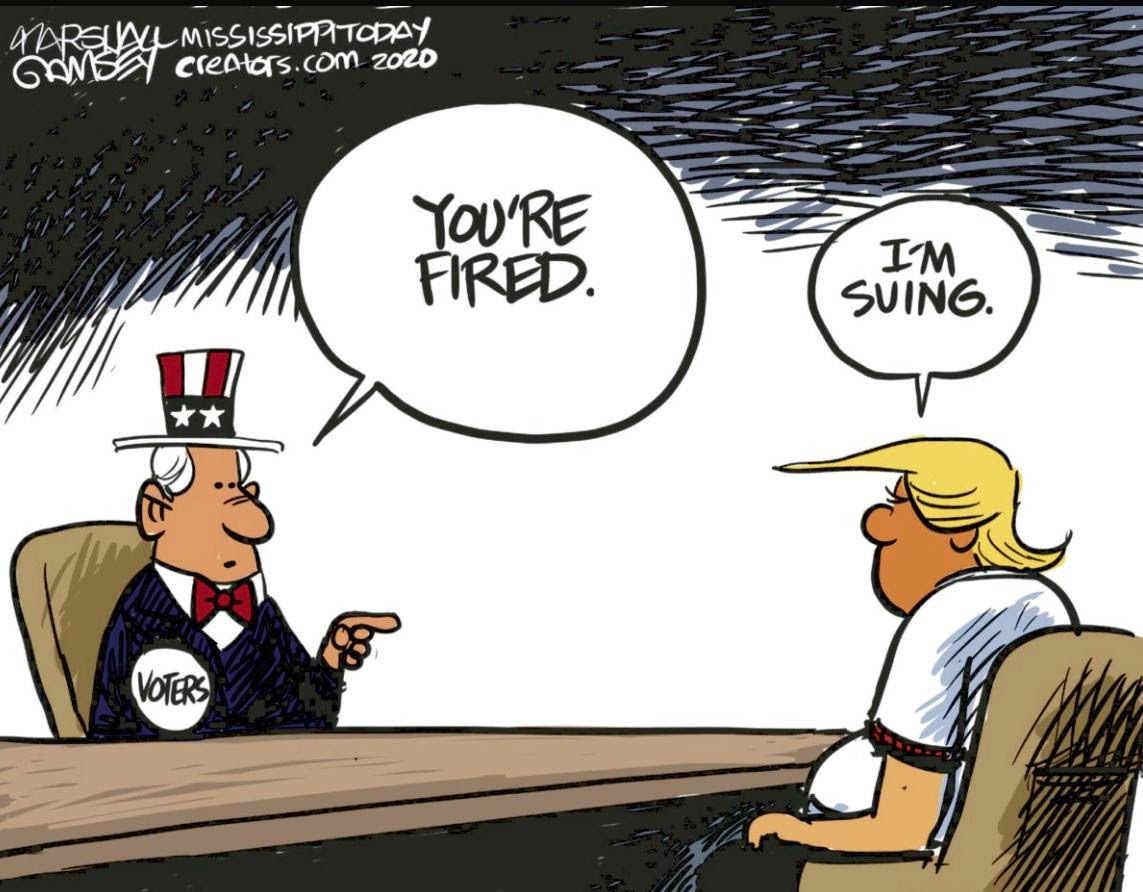 “Turns out the Constitution state prefers someone who has read the Constitution.” – Stephen Colbert, on Biden taking Connecticut
“Yep, nothing is definite, but the outcome feels pretty inevitable right now. Vladimir Putin is like, ‘Oh well, you rig some, you lose some.'” – Jimmy Fallon
“Trump’s also been urging his followers to take to the streets, and they’re showing up like coronavirus at a White House Rose Garden event.” – Trevor Noah
“Right now, they’re erecting a massive protective fence around the White House in the event that things get crazy. It took four years, but Trump finally got his wall built.” – Jimmy Kimmel
And let the lawsuits begin. I really cannot think of a more fitting ending to this presidency than him suing America.” – Jimmy Kimmel 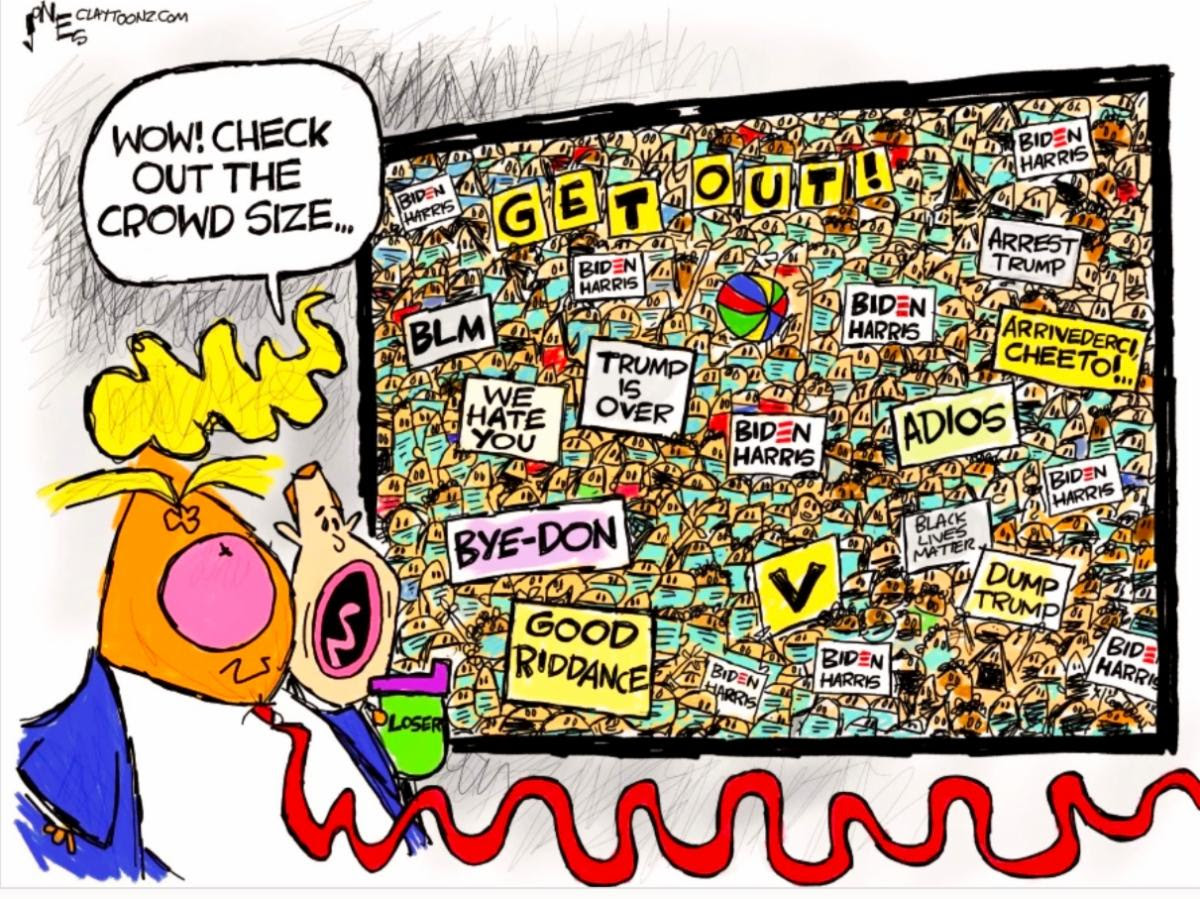 Dancing In The Streets
“You know you were a bad president when people were celebrating an old white centrist like he was the sunset at Burning Man.” – Seth Meyers
“I tell you what, it took almost the whole four years, but Donald Trump finally got a massive crowd to cheer him outside the White House.” – Jimmy Kimmel
On Trump’s Sinking Ship

“The directors of the F.B.I. and C.I.A. are also rumored to be on the chopping block. Some are saying that Trump is turning the administration into a banana republic, which, I don’t know. To me, it feels more like a Baby Gap.” – Jimmy Kimmel

“We may soon find out the answer to the question, ‘Can a coup be pulled off by people who spell it c-o-o?'” – Jimmy Kimmel

“I mean, it must be so uncomfortable working in the White House right now, because everyone around Trump knows he lost, but they’ve got to all go along with the lie. That’s got to be exhausting, especially when you’re already running a fever from Covid.” – Trevor Noah
“Republicans are handling the president with kid gloves because those are the only gloves that fit him.” – Jimmy Kimmel
He is like a toddler too hopped up on sugar to go to bed. There’s no reasoning with him at this point. You just have to let him tire himself out, wait until he falls asleep on the kitchen floor, and hope he hasn’t conspired with the dog to stage a coup.” – Stephen Colbert

“We’re basically ignoring the president of the United States like he’s a crazy guy on a subway platform. He’s ranting and raving, we just raise the volume on our AirPods and hope he doesn’t shove us into an oncoming train.” – Jimmy Kimmel
“Why don’t we just make him president of Alaska? He’d love it. It even sounds like the names of his wives and daughters: Melania, Ivana, Ivanka, Alaska.” – Jimmy Kimmel
On Trump’s Refusal to Concede
It has been five days since the U.S. presidential election was called for Joe Biden – “at which point the current president refused to concede, duct-taped himself to the Resolute Desk, and slapped a sign on the Oval Office door that says ‘No Dems aloud,'” (note the Trump-like spelling) – Stephen Colbert

“And the State Department is refusing to even hand over the messages Biden has been getting from other world leaders. They’re like, ‘Uh, sorry, there’s no one here named Joe Biden – but I mean, he can’t come to the phone right now.” – Jimmy Kimmel
“Well, sure, if Biden wants access to classified national security intel, everybody knows he’s got to go through the proper channels and buy a membership to Mar-a-Lago.” – Stephen Colbert
“I mean, he wants to cling onto power as long as he can – and also, golfing isn’t as much fun when you’re not missing work to do it.” – Trevor Noah
“Trump’s like the guy who knows he’s broke and still has the waiter run his credit card 10 more times.” – Jimmy Fallon 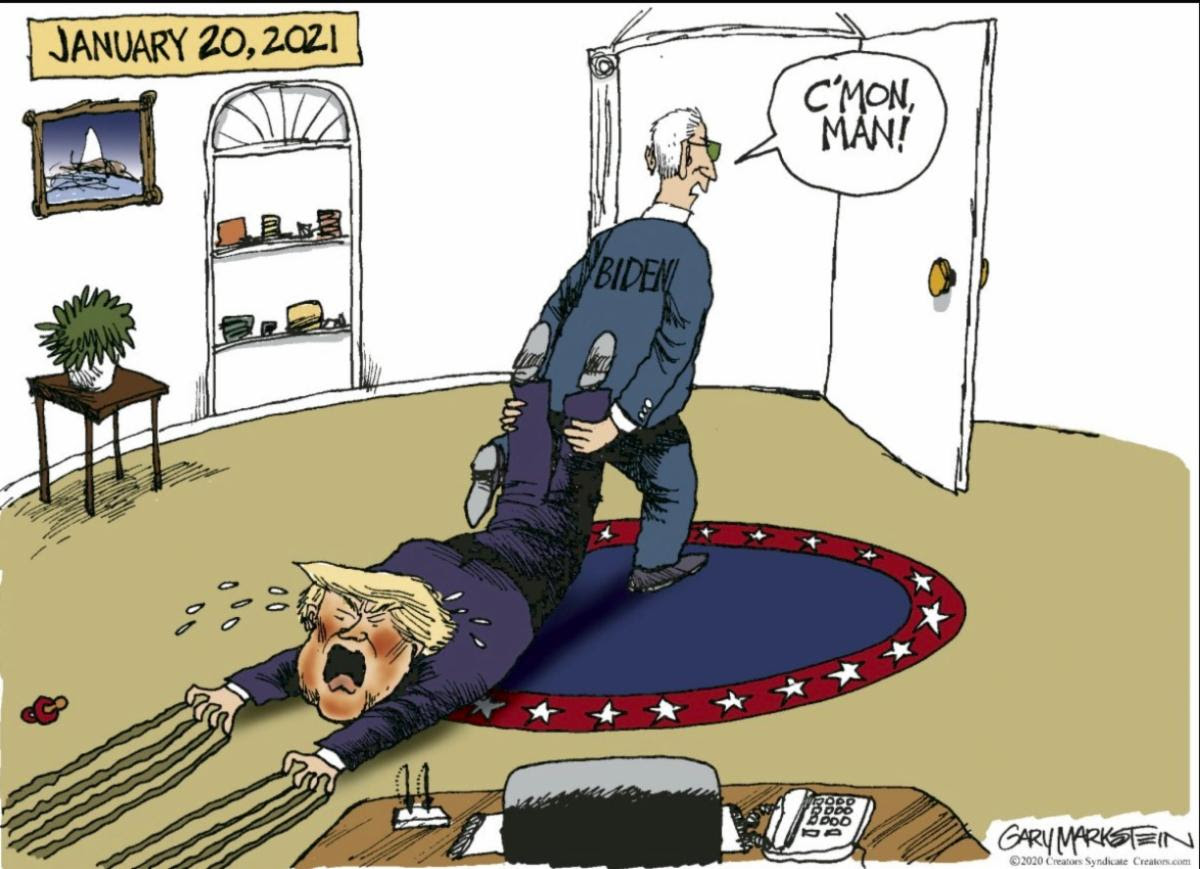 “Dude, I would say the writing’s on the wall, but you never built one.” – Seth Meyers
“Yep, Trump just doesn’t know when it’s time to pack it in. I mean, even the creators of ‘The Walking Dead’ are like, ‘Enough already.'” – Jimmy Fallon
“Pretty soon we’re going to need Vladimir Putin to stage an intervention.” – Jimmy Fallon
On Trump’s Legacy

“And listen, I get that this is hard for Donald Trump. Processing a loss like this is going to take time. I mean, this is the first time he’s ever failed at anything besides his casinos, his airline, his mortgage, Trump Steaks, Trump University, Trump magazine, Donald Jr., Eric, etc.” – Jimmy Kimmel 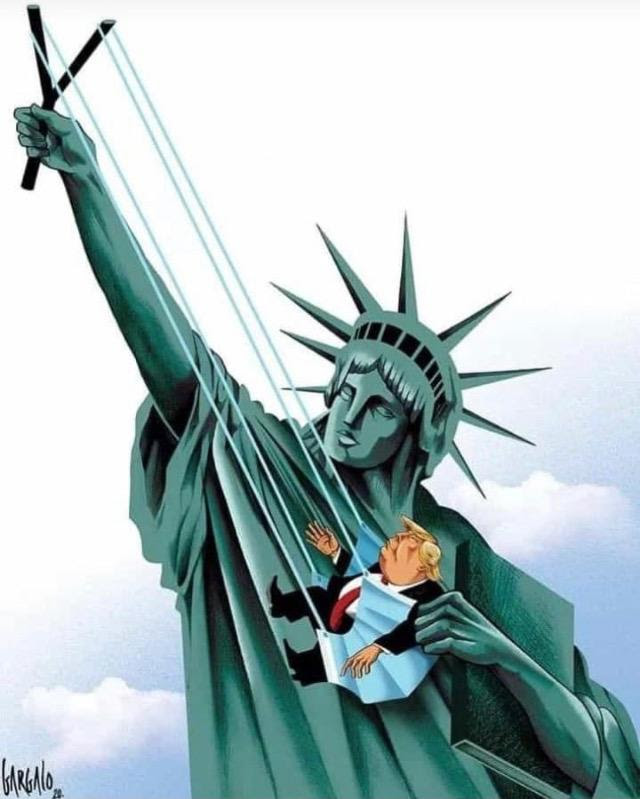 “It has now been – possibly 12? – days since Joe Biden was declared president-elect and Kamala Harris’s sassy white friend, yet America’s ‘tenant-from-hell,’ Donald Trump, still had not conceded the election. Does Donald Trump really want denying the election results to be his legacy? Because I’d like to remember him as the president who kidnapped kids and helped kill 240,000 Americans, not for this.” – Trevor Noah
On Biden’s comments that Trump’s refusal to concede was embarrassing and would reflect poorly on his legacy, “At this point, what could hurt his legacy? It’s like finding out Jeffrey Dahmer illegally parked in handicapped spots – bad, but the ledger’s pretty full. And so’s the freezer.” – Stephen Colbert
“It feels like America is – what’s the word – great again?” – Stephen Colbert