Dear Senator Sinema: About the Filibuster and Impeachment

At this point, I believe it is important once more to let you know my concerns about your vote on two more important issues as the new Congress gets down to important business.

The first issue is adopting a Senate Rule concerning voting practices, commonly known as the Filibuster Rule. News reports in Arizona suggest that you and perhaps your colleague from West Virginia, Senator Manchin, will vote to sustain the Filibuster Rule that would require the Senate to pass most legislation with a 60-vote majority. In former times this was a time-honored rule. 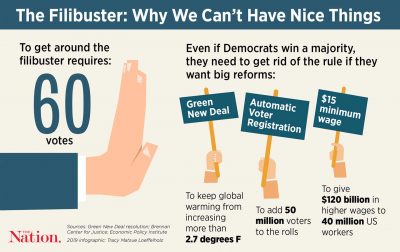 In those former times (which I experienced personally), the Senate earned its reputation as “the World’s greatest deliberative body.” Unfortunately, those times have passed. Over the past three decades, a succession of Republican senators has trashed the spirit of cooperative and bi-partisan lawmaking.

During his tenure as Republican Leader in the Senate – both majority and minority – your colleague Senator McConnell has been one of the least cooperative leaders. He is highly partisan, deeply conservative, and thoroughly amoral. Like most of your Democratic colleagues, I would not trust him to do anything in a bipartisan manner with the Filibuster Rule in place and an evenly divided Senate.

Do you really want to see him and his loyal Republican colleagues continue to block progressive legislation that you and your fellow Democrats have advocated to restore our public health and rebuild our economy? I fear this will happen if the 60-vote Filibuster Rule is allowed to continue. And Senator McConnell will continue to act as the Grim Reaper, a role he relishes.

I suggest that supporting the termination of the 60-vote rule would strengthen – not weaken – your reputation as an “independent voice.” With the 60-vote rule gone in favor of a simple majority, you will still have an opportunity to build coalitions on issues and achieve 51.

Indeed, those coalitions might succeed more easily than alternative legislation emanating from the far-left side of the Democratic caucus. Your fellow Democrats will appreciate your willingness to support the simple majority rule. I would be much more confident of the rewards offered by Chuck Schumer for your vote than Mitch McConnell’s promises.

The second issue is your vote on the second impeachment of Donald Trump. You will be a juror for the second time in your Senate career. I realize this is a touchy issue with many opportunities to do the wrong thing. I sincerely hope you approach this decision as an impartial juror in the manner your oath commits you to do. I hope you will consider the preponderance of evidence for this impeachment article versus the lack of first-hand evidence available at the first Senate trial. 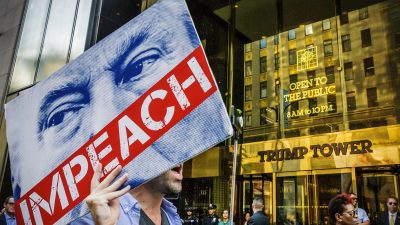 If you sincerely believe the former president is guilty, then vote that way. He should not be allowed to walk away from evident guilt for political reasons. Let the Republicans play politics and build their records of irresponsibility and political expediency. Needing 66 votes to convict, your vote to acquit will be cheap. But your vote to convict will show your strength of character and your knowledge of the difference between right and wrong. Making sure the former president experiences the consequences for his acts inciting and supporting sedition is the first step in building the unity we need.

I want you to know that I am an 81-year-old voter who considers himself to be a moderate Democrat. I have voted consistently for Democratic candidates – including you — because I usually find their politics and aspirations more in tune with mine. For 24 years, from 1961 until 1985, I worked in a federal research agency and worked closely with Congress on appropriations matters. I consider myself a credible observer of the Congress. I am concerned that our hard-earned victories in 2018 and 2020 will be in danger if our elected representatives like you do not vote to protect the advantages we won at the polls in November.