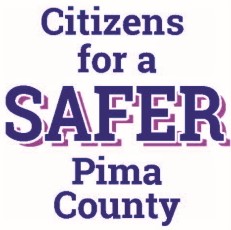 Citizens for a Safer Pima County is a grass-roots group formed several years ago, specifically to eliminate gun sales to prohibited buyers on public property (i.e., Pima County Fairgrounds). As a public service, CSPC has solicited input on two gun safety questions from 2020 candidates running for the Board of Supervisors, for County Sheriff and County Attorney.

Here are the questions we asked, followed by the candidates’ responses: 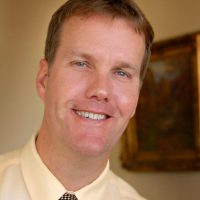 Rex Scott (D): 1) Absolutely not! It’s a danger to public safety and an affront to the views of most people who favor common-sense restrictions on gun purchases that this situation facilitates. The next Board of Supervisors needs to work in partnership with the next County Attorney to assure that the only gun shows that are allowed to rent our fairgrounds are those that pledge to open their shows solely to sellers with federal licenses who are obliged to conduct background checks.

2) Yes. The gun show loophole is an example of the influence the NRA has on the United States Congress. The effects of its lobbying and political donations are also reflected in the Arizona law that prohibits jurisdictions from regulating guns in the name of public safety. If elected, I will make it a priority to work with my colleagues and with like-minded legislators to get this law repealed. If it is not possible to get the law removed from the books in a timely fashion, I would ask the County Attorney to advise us as to the best course to challenge the law. Another option to explore would be to seek ways for the Board to exert its influence on the Southwestern Fair Commission to take the proper actions to ensure public health and safety at any gun show on our fairgrounds.

Dr. Matt Heinz (D): 1) No. Following the horrific and tragic massacre at Marjory Stoneman Douglas High School, our state government passed, and the governor signed into law, provisions that now prohibit any jurisdiction from requiring Universal Background Checks on public property. The law does not regulate non-profits like the Southwestern Fair Commission, which oversees all Fairground activity. Therefore, it’s possible the Commission could require Universal Background checks at all gun shows; but thus far they have refused to even place the issue on their agenda. 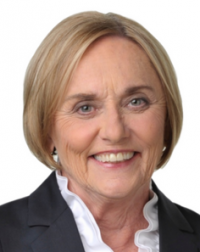 Adelita Grijalva (D): 1) No. As a mother of three, this is an issue that Pima County must address urgently.

2) Yes. Supervisor Elias requested legal language assistance from the current Pima County Attorney, Barbara LaWall. Her office opined that we could not, under the law, ban shows from Pima County property. Since that was the office’s formal opinion, Supervisor Elias was stymied. I have since had the opportunity to speak to 2 candidates running for County Attorney, and both have committed to working to close this “loophole.”

In my personal opinion, Pima County owns the Fairgrounds and legally could ban gun shows there, either directly or by putting appropriate language into our contract with the Southwestern Fair Commission. If I am elected, I would move right away to request a meeting with the new County Attorney. Our willingness to allow this disregard for the legally required background checks cannot continue. It is a safety issue in our community, and I will be bringing significant attention to this issue.

We can also explore the issue as a public health risk, and ask the Pima County Health Department to weigh in on gun violence and its increased potential due to unregulated sales, as public health issues. 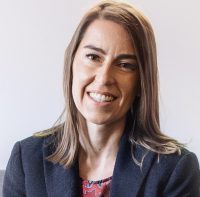 Laura Conover (D): 1) No. The gun show loophole is three things: 1 A terrible gap that allows guns to fall into the wrong hands, 2 Which requires the most expensive form of investigative resources, involving  ATF undercover surveillance stings to counter illegal purchases, and 3. Is ironically an area of agreement where closing the loophole is acceptable to both gun law reformers and gun owners.

2) Yes. I simply cannot think there isn’t a way for the civil division of the Pima County Attorney’s Office to re-visit this legal issue. Immediately after finding that the Southwestern Fair Commission non-profit somehow interfered with the County’s right to limit gun sales on County property, I would have directed the civil division to advise the Board on how to re-negotiate the terms of the lease to reach a mutually beneficial contractual agreement to prevent the sale of firearms at the Fairgrounds. I can’t see how or why the current County Attorney’s Office hasn’t found a way to provide the Board with a solution.

There must be a free-market answer to the question. In dealing with the commission’s contract to lease the Fairgrounds, it seems an incentive could be found to motivate the commission to do it themselves.

To the point, if the Board has the will to implement the ban, surely the Civil Division can provide legal advice on various alternatives, until a mutually agreeable solution is reached with the commission. 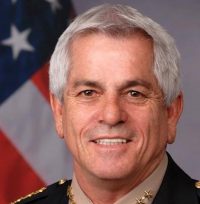 Chris Nanos(D):  1) Absolutely, 150% No! It’s nonsense that we’re still even talking about this simplest of things to keep people safe.  Universal Background Checks are the kind of smart policy that should’ve happened long ago. We need background checks on all gun sales everywhere.

2) Absolutely, 150% Yes! I am ready to work with the Board of Supervisors to ensure that no firearm is ever sold without a background check on County property or anywhere else for that matter.