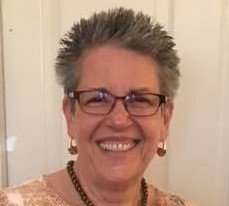 The vote affirmed the groundbreaking work of outgoing PCDP chair Alison Jones, who nominated Heidler. With Jones’ leadership, Democrats won a resounding victory in Pima County in 2020, winning 5 of 6 countywide offices and 4 of 5 county supervisor positions.

Heidler said, “I have a team to lead PCDP into the future. It is young, experienced, and skilled. I am honored to have the endorsement of PCs who knocked on doors, who texted and made phone calls who wrote postcards and delivered success in 2020,” she said.

With Heidler’s leadership, Democrats flipped the State House seat held by a Republican to Democrat, amassed $10,000 in the bank for the 2020 election, increased elected PCs from 96 to 127 overall, and grew the volunteer base to 800.

Heidler won decisively with 283 votes (63.2% of the vote) over Luci Messing with 165 votes (36.8% of the vote). Nearly 400 precinct committee persons attended the election, held on with Zoom for over 4 hours.

First elected as LD10 chair in 2018, Heidler recruited Democratic candidates to run in LD10, strengthened ties with the Pima County Young Democrats, and has already contacted consultants with experience in redistricting to advise the party as voting districts are redrawn in 2021.

She has a long career as a high-tech project manager and small business owner, opening a bead store. She holds a degree in psychology and a Master’s in Public Administration. “I’m a champion of fundraising, voter outreach, and volunteer recruitment. That’s exactly what I plan to continue as Chair of PCDP,” she said. 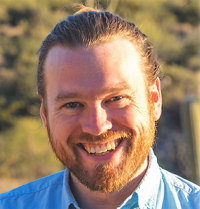 In other key votes, Democrats elected:

In her annual report, Alison Jones recounted many accomplishments, including the revival of the Catalina Dems donor group, increasing fundraising by 35% from 2017. She led the creation of WEPY, “Winning Elections Through Pima Youth,” which reached out to 10,000 young voters.

Notably, she turned the county party into a funding source for local candidates and LDs 2, 3, 9, 10, 11, and 14. This boosted the creation of slate cards, tri-folds, postcards, and a tri-lingual billboard for Gabriella Cazares-Kelly, the new county Recorder.

The party paid for advertising on YouTube, radio, and social media, created a dozen “Between Two Saguaros” videos with candidates, and hosted countywide candidate primary debates that attracted 4,000 views each.

Jones and her team launched the Civics 2.0 “What They Didn’t Teach You In Middle School” voter education program. “This is how we bring people into the party,” Jones said.

Importantly, Jones recruited allies like The Arizona Ground Game, which reached out to 15,000 voters; Field Team Six, which registered 6,500 new Democrats in Arizona; plus labor unions including the Teamsters, steelworkers, the Pima Area Labor Foundation, the AFL-CIO and more.

We congratulate all the Democratic leaders, volunteers, and precinct committee persons for their dynamic work to make Pima one of Arizona’s bluest counties.