Yet all these minority movements and leaders gained power.

Because the multiple forces of progressive action In those countries could not put aside differences to band together and stop the more radical or reactionary elements in their societies.

In Russia, moderate Social Revolutionaries and Mensheviks after the 1917 October Revolution could not put aside their differences soon enough to stop the Bolsheviks in time. The Soviet Union would form and the world is still living with the consequences.

In Italy, differences over how much religion should be intertwined in public life made an alliance between the Social Democrats and the Catholic Popular Party impossible. The Fascist Movement took advantage of the post-war chaos and lack of governing consensus to slip through the political cracks and assume power in 1922.

The failure of the German Communists and Social Democrats (mostly because of Stalin dictating directions from Moscow) to bridge their differences helped provide an opening for the right to make their Faustian deal with Hitler in 1933. Everyone knows how well that turned out for the globe during World War Two from 1939 to 1945.

Not to be equated with Bolshevism, Fascism, and Nazism, United States Presidential Elections over the last 52 years have shown how right-wing conservatism profited from splits among progressive forces. 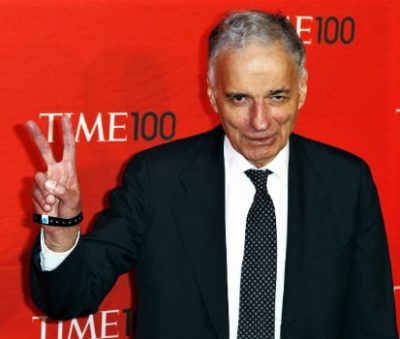 Nader received 97,421 votes in Florida in 2000, which led to claims that Nader was responsible for Gore’s defeat.

Richard Nixon’s Presidency, and Watergate, may not have happened had Eugene McCarthy holdouts not pouted about Hubert Humphrey (a pioneer in Civil Rights and Medicare legislation) being the 1968 Democratic Nominee and stayed home.

Protest votes on the left for Ralph Nader in 2000 (as well as Butterfly ballots in Florida) cost popular vote winner Al Gore the Electoral College in that election. People should ask would there have been a 9/11, a war in Iraq, two conservative Supreme Court Justices (Roberts and Alito,) and the 2008 Great Recession if Gore had won.

Short-sighted Sanders and Obama supporters who chose to either support Donald Trump, Jill Stein or stay home caused Hillary Clinton to lose the Electoral College in 2016. Well, there are two new reactionary justices on the Supreme Court (Gorsuch and Kavanagh.) The Affordable Care Act and Roe V Wade are in jeopardy. There is an inept political team (not the scientists) in the White House in charge of combatting this Coronavirus.

Based on these historical examples (books for reading like Raymond Sontag’s A Broken World, Robert Massie’s Nicholas and Alexandra, and Benjamin Carter Hett’s The Death of Democracy are highly recommended,) it is vitally important that Biden and Sanders Democrats unite following the primaries.

People need to remember that there really is more that unites both Democratic Factions than separates them.

The country is in trouble.

The Democrats need to unite or Donald Trump and all he represents will win again and take the nation further into the abyss.

For the good of the country, Biden and Sanders Democrats need to learn from history and not repeat it.