State Representative Diego Rodriguez (D-LD27) has had a long career in public service. First as a lawyer in the Pima County Attorney Office. Then as an attorney in private practice. Currently, he is representing the people of LD 27 in the Arizona State House.

As a legislator, Rep. Rodriquez has supported measures to:

Rep. Rodriguez has declared his candidacy to become the next Arizona Attorney General.

If elected, he has stated he will represent the people and not the special interests. He also pledged to be transparent, accountable, promote criminal justice reform, seek justice for those needing it, and uphold Arizonans’ Democratic values.

Representative Rodriguez graciously took the time to respond to questions about his candidacy for Arizona Attorney General. The questions and responses are below:

1) What are two reasons you are running for Attorney General?

2) If elected, what would be your top three priorities as Attorney General?

3) What are at least two reasons voters should pick you over the other candidates running for Attorney General?

“In my career as an attorney, which started in 1995, I have done my best to build a knowledge and experience base on the criminal and civil side makes me the best suited and experienced for the position. I am a former criminal prosecutor, a current defense attorney and have done the tough cases both in criminal and civil cases. I know what it takes to represent the people of Arizona. We need qualified leadership that believes in transparency, accountability, and justice. I believe I have the right skill set and values to lead that office.”

4) Based on the Republican enabling of the Big 2020 Election Lie through members of the legislature and what is going on in Veterans Memorial Colosseum, to what extent do you think it will be difficult to restore voter trust across the political spectrum?

“It is going to be a challenge but not impossible. We can do it by restoring faith and it starts in the Attorney Generals’ office by following the law without any political or ideological consideration. The goal should be justice. Brnovich, based on the current reading of the facts, should launch an investigation into Kelli ward and Rudy Giuliani for their alleged voter suppression tactics following the 2020 elections.”

5) Is there anything not covered in the first four questions that you would like the voters to know about you and your candidacy for Attorney General? Please explain.

“I want the people of Arizona to know that we are headed into a very important time in our state history. Over the last three years, I have learned how the state government works and does not work. Now I see the office of Attorney General as a tool and an opportunity to lead the people in Arizona toward a new part in our state’s history. I see us moving forward with the shared values of transparency, accountability, compassion towards one another, and a desire to see justice done in our state.”

Please click on the links below to find out more information on Representative Diego Rodriguez and his candidacy for Arizona Attorney General. 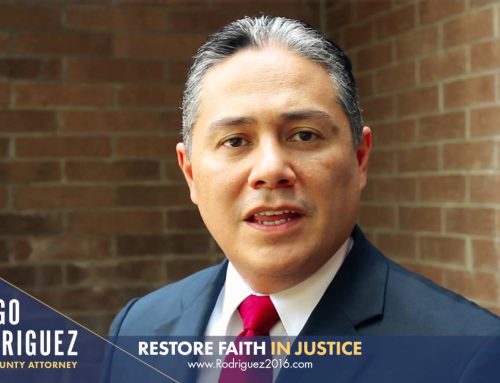 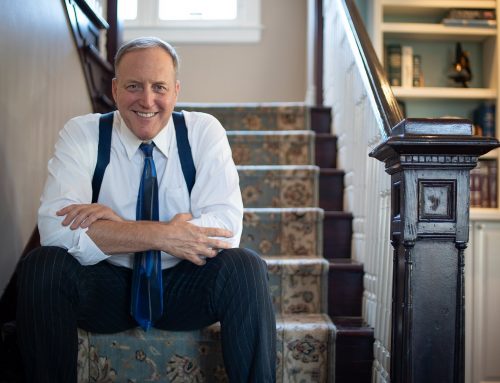 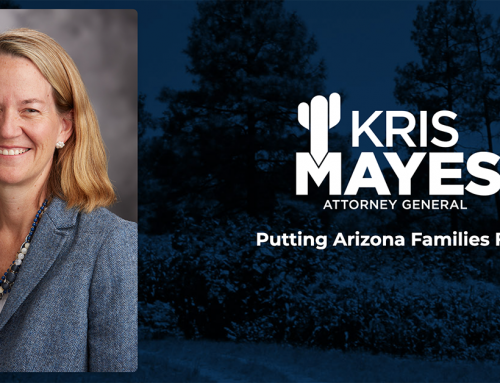