The Maricopa County Attorney uses a “retaliation policy” to force defendants – including innocent people – to plead guilty immediately or face “substantially harsher” penalties before any evidence has been disclosed.

The American Civil Liberties Union filed suit to halt the Policy for violating a person’s right to due process and a trial. “This ‘Retaliation Policy’ coerces thousands of guilty pleas per year and violates the Constitution,” according to the federal class action lawsuit, Luckey v. Adel.

This text appears at the top of a form that prosecutors often send to defendants in Maricopa’s Early Disposition Courts. 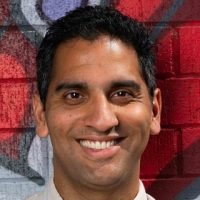 The Policy is driven by laziness and vanity. Maricopa prosecutors want to avoid the inconvenience of reviewing evidence and preparing for trial by bulldozing people to plead guilty. This way, prosecutors can artificially make themselves look good in annual reports by showing high conviction rates.

“For too long, too many prosecutors have used pressure tactics and threats to extract quick, low-cost pleas and keep the crooked assembly line of mass incarceration moving,” said Somil Trivedi, senior staff attorney for the ACLU’s Criminal Law Reform Project.

The Retaliation Policy is used in the Early Disposition Courts (“EDC”), which were designed for minor offenses where people need drug treatment and other services to avoid convictions.

Case history: Samuel Luckey, age 34 of Phoenix, is a Black man. Police arrested him for drug and weapons charges based on two hearsay accounts that implicated him during an unrelated traffic stop. No one actually saw him selling drugs or carrying a weapon.

This article first appeared on the Blog for Arizona..

Prosecutors refused to show him any evidence except a redacted police report and offered him a plea deal including felony convictions and two to five years in prison. They threatened him with a harsher plea offer if he claimed his right to a preliminary hearing guaranteed under the Arizona Constitution and state law.

Luckey gave in to the pressure, waived his preliminary hearing, and is awaiting trial. He missed the birth of his daughter because he was in jail on this arrest, unable to afford his $10,000 bail. However, Luckey said he “had no choice” and was “damned if I do, damned if I don’t.”

There are 3,500 cases in the Early Disposition Courts, where the “cruel and vindictive” Retaliation Policy is used. The Policy applies regardless of the facts of any case, or even if the person might be innocent.

The Maricopa County Attorney’s Office “has sabotaged the intended purpose of the EDCs and has used it to their advantage to secure quick convictions,” said Jared Keenan, senior staff attorney for the ACLU of Arizona. “These coercive pleas have serious consequences beyond sending people to prison — a felony conviction bans people from public housing, makes it difficult to secure a job, and can even bar people from voting.” 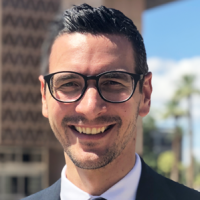 The lawsuit charges that the Retaliation Policy violates the Due Process Clause of the 14th Amendment and the 6th Amendment Right to Trial in the US Constitution.

Arizona Attorneys for Criminal Justice is also a plaintiff in the case. President Louis Fidel said: “It is clear the Maricopa County Attorney’s Office is more interested in securing quick convictions than doing justice. Their retaliatory plea policy places an accused person in an unconscionable. It’s retaliatory, coercive, and a violation of the Constitution.”

Case History: Michael Calhoun, age 61 of Phoenix, was arrested and charged for selling $20 worth of drugs. Prosecutors offered a plea deal for ten years in prison. If Calhoun rejects the offer or seeks his preliminary hearing, that draconian offer will get “substantially harsher.” He is currently weighing this unconscionable choice, terrified of dying in prison.

This is precisely the kind of case in the Early Disposition Courts where a person would be referred to drug treatment.

As one deputy county attorney put it in an email: “If we had to collect, review, and produce [body worn camera footage] in every case, or even the subset of cases where the defendant thought there was a legal or factual defense, it would bog the entire system down.”

“Never mind that prosecutors accepted these cases from police in the first place, knowing full well they wouldn’t be able to try them while respecting the constitutional protections that defendants are entitled to,” Keenan and Trivedi wrote.

“Coercive plea bargaining also disproportionately impacts poor and minority communities — communities that are already over-targeted by police, and often cannot afford lawyers or cash bail. This is going on everywhere; prosecutors in Maricopa are simply yelling the quiet part out loud. And we heard them,”

“Eliminating coercive plea bargaining is essential to ending mass incarceration. We need to push prosecutors and judges to be better, elect ones committed to change, and legislate away their most harmful coercive tools. This case is our first shot across that bow.”