A Little Humor to Remind Us to Laugh

“Well, so much for that Nobel Peace Prize,” – Jimmy Kimmel 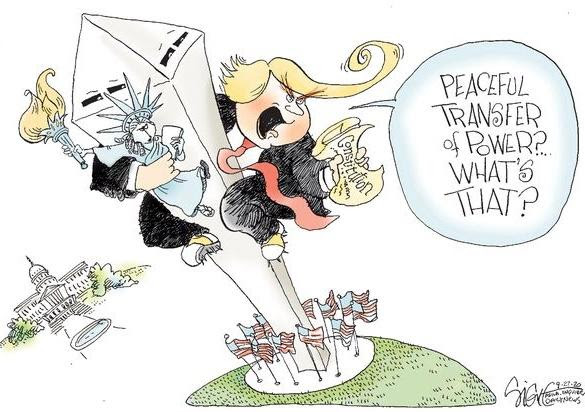 “So, the president of the United States won’t commit to leaving office if he loses the election. Ah, you’ll have to excuse me, I think I left the stove on in New Zealand, and I’d like to stick my head in it. I’m joking, obviously – New Zealand won’t let our planes land there.” – Stephen Colbert

“Folks, you know you’re going through a bit of a dark patch in your nation’s history when the president not endorsing the peaceful transition of power is the feel-good story of the day.” – Stephen Colbert

“I’m getting the feeling this year is going to end with Trump locking himself in the Oval Office while yelling into the phone, ‘Space force attack!'”– Jimmy Fallon

“So if Trump loses the election, getting him out of the White House will be like trying to get a bird out of your living room. It’s like, ‘Oh, I got ’em. Hold on, OK.? Nobody move – he’s behind the curtain! Nobody move! Shut the door! Shut the door!'” – Jimmy Fallon

“Holy [expletive], I never thought I would see the day where an American president would threaten to not accept an election defeat. Because let’s be honest: this is something you hear about in a random country where America steps in to enforce democracy. I feel like now it’s only fair that those countries should send peacekeepers to the U.S.” – Trevor Noah

“Can you imagine how fun it would be if the incoming president always had to fistfight the outgoing president? Yeah? Biden and Trump are gonna be at the White House recreating the geriatric fights from ‘The Irishman,’ while Kamala Harris has Mike Pence in a head lock? [imitating Mike Pence] ‘Oh no, my hair grazed her bosom. Now I’m going to hell.'” – Trevor Noah 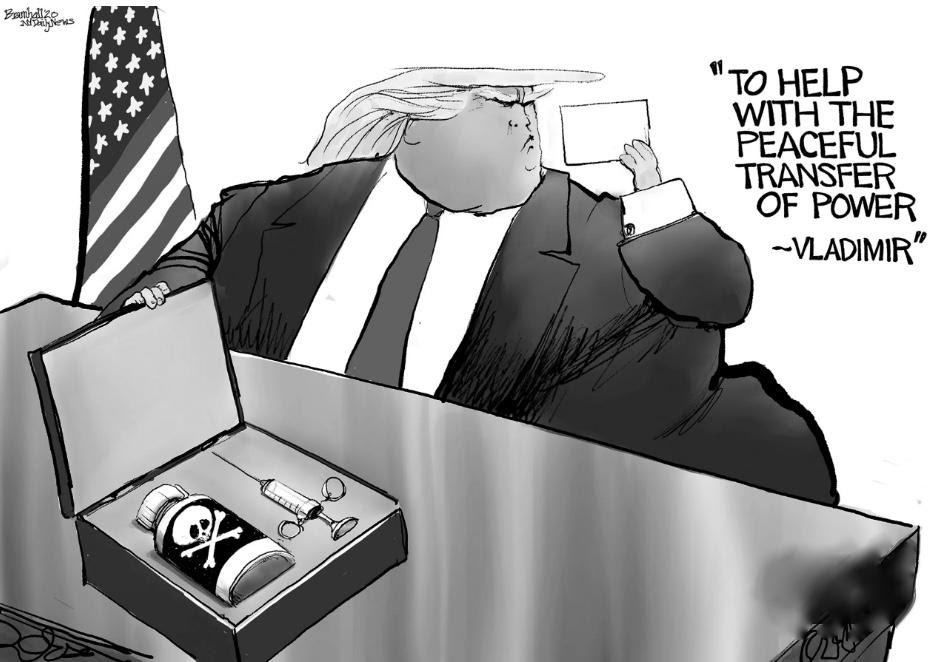 “If you’ve paid attention to Donald Trump over the past five years, it’s no surprise that he likes the idea of being a dictator. I mean, he’s written more love letters to Kim Jong-un than his own wife.” – Trevor Noah

On President Trump’s campaign rally in Pittsburgh this week with thousands gathered in close quarters, many without masks.

On the crowd, “Trump might be getting four more years, but I’m not so sure about the rest of you.” – Seth Meyers

“And by the way, this isn’t hypothetical. We already know his rally in Tulsa led to a surge in cases there. At this point, Trump rallies are on the list of high-risk activities, just like doorknob licking, hugging everyone on the subway and eating shrimp at the strip club buffet.” – Seth Meyers

“By the way, did you see which network was airing the rally? C-SPAN3. You know your campaign is going well when even C-SPAN2 says, ‘Nah, we’re good.'” – Jimmy Fallon 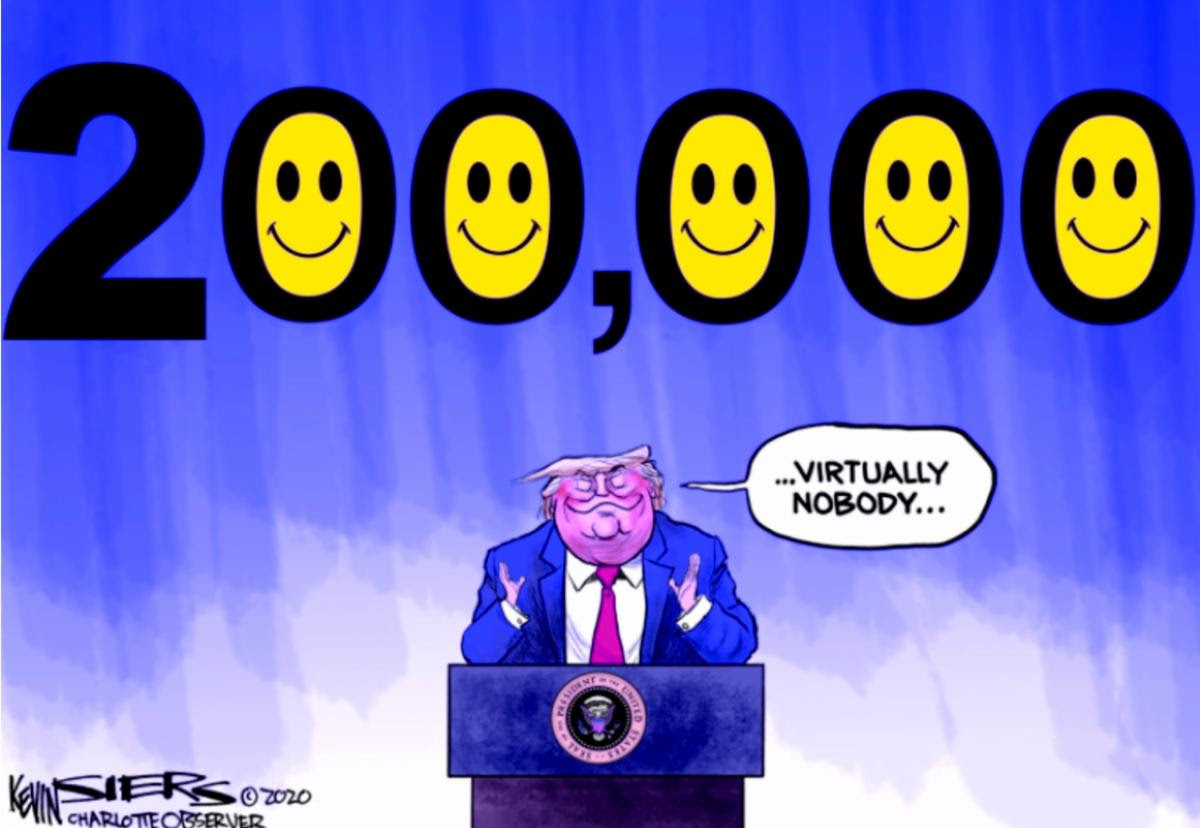 “[imitating Trump] They say 200,000 people have died, but I haven’t heard from any of them. Raise your hand if you’ve died of coronavirus. See? Nobody.'” – Stephen Colbert

“Trump said the virus affects ‘virtually nobody.’ Then somebody in the front row sneezed and Trump hit the floor like he dropped his remote.” – Jimmy Fallon

“After Trump made that comment, doctors and nurses wanted to respond, but they’re currently in the middle of a 4,000-hour shift.” – Jimmy Fallon 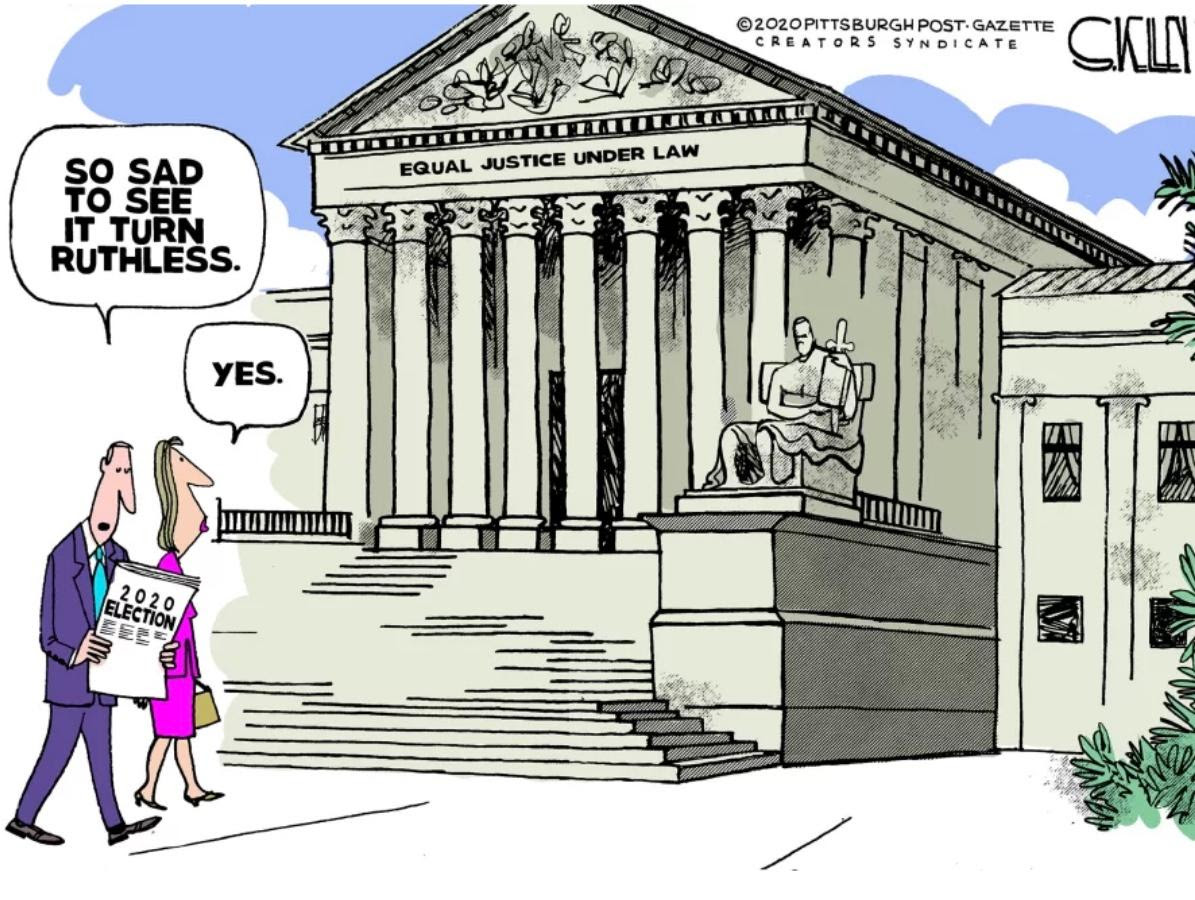 “It’s pretty wild the Republicans are in favor of Trump’s nominee, and he hasn’t named one yet. Even the people who got engaged on ‘Love Is Blind’ were like, ‘Don’t you want to see who it is first?'” – Jimmy Fallon

“That’s right, 51 out of 53 Republicans are now on board, while the other two stick out like masks at a MAGA rally.” – Jimmy Fallon

“And now it sounds like a vote could be held in just a few weeks. Man, we haven’t seen Republicans move this fast since Men’s Warehouse had a closing sale.” – Jimmy Fallon