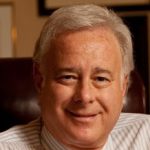 Bar charges have been filed against 21 Trump lawyers who filed bogus lawsuits seeking to overturn Arizona election results. The attorneys could be disbarred for filing frivolous lawsuits backed by anonymous sources and phony experts.

The complaint accuses the lawyers of violating their oaths as attorneys and violating ethics rules against spurious lawsuits.

“This barrage of litigation is based not on law but on a clear political agenda: to undermine confidence in elections that will inevitably subvert constitutional democracy,” the complaint states. 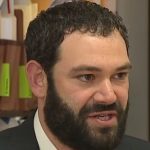 In all, the Trump attorneys filed ten meritless lawsuits, which were all dismissed by Arizona courts. Some of the lawyers are from out of state, but they are subject to Arizona rules when practicing in the state.

“Clearly the suits were filed in bad faith, to spread disinformation about election results and add to the false claim that the election was “rigged,” the complaint says. “For politicians to spout that nonsense in a press conference is one thing, but for attorneys to try to use the courts solely for political disruption is not allowed,” the complaint says.

This is the second bar complaint filed against the Trump lawyers. To see earlier coverage, read GOP Lawyer Filed a Legal Bag of Trash to Overturn Election and GOP Clown Car of Lawsuits Finally Crashes. 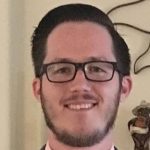 Judges, opposing counsel, and observers have repeatedly pointed out that these cases had absolutely no merit and are completely frivolous. The complaint spotlights several repeat offenders: 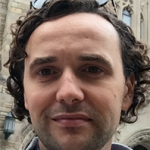 In one case, Attorney Kory Langhofer was chastised by the judge for not divulging pertinent facts to the court, including that his “expert witness” was actually his business partner. This violates Ethics Rule 3.3 regarding Candor Toward the Tribunal. Such behavior also violates Ethics Rule 3.4(f) (1), regarding Fairness to Opposing Party and Counsel.

“In all of the cases, they offered evidence that was found to be false, and there is not much doubt the attorneys knew that which is also in violation of Ethics Rule 3.3.”

“This claim is especially egregious in the case of Lee Miller, who knew full well that there was no merit to the claim as the Arizona procedure was developed under him when he worked in the Secretary of State’s office.” See Arizona Republican Party v. Fonte. CV2020-014553. 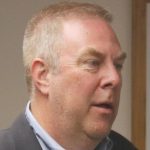 “The attorneys in these cases in Arizona, ten lawsuits and 21 lawyers in all, have violated their oaths and their professional ethics. There is no exception to the Rules simply because someone holds passionate partisan beliefs,” the complaint says.

Below is a summary of the bogus lawsuits that were filed by the 21 different attorneys: 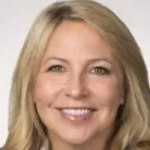 “Trump’s attorneys knew there was no merit to the claim as the requested hand count had already been announced, and the state Attorney General had released a letter publicly confirming that fact. Indeed, Lee Miller, named in this complaint, had worked in the Secretary of State’s office and was well aware that the challenged counting process had been in existence for nearly ten years without issue,” the complaint says.

“Clearly, the suits were filed in bad faith, to spread disinformation about election results and add to the false claim that the election was “rigged,” the complaint says. 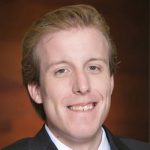 Two people claimed they had difficulty voting. Both ballots were in the voting machines, and one received notice that it was in fact counted. The case was dismissed for failure to state a claim and failure to produce evidence.

On Nov. 9, 2020, Alexander Kolodin, Christopher Viskovic,
and Chris Ford filed a motion with Sue Becker adding Laurie Aguilera into the lawsuit with the “Sharpie-gate” allegations.

The case sought to overturn the election due to overvotes. It was merged with 014083, Aquilera v. Fontes, and both cases were dismissed. 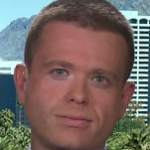 The Arizona Supreme Court unanimously upheld the lower court on 12/08/2020 because there was no evidence of misconduct or illegal votes or fraud, or a high error rate. Despite that, Jack Wilenchik appealed to the U.S. Supreme Court to hear this case.

This lawsuit presented one of the more bizarre claims: that unidentified grant money was spent to direct the actions of election officials by some “shadow government” orchestrated by Mark Zuckerberg. The case was voluntarily dismissed on 12/7/2020. 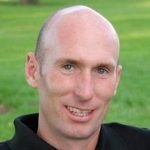 “Like those filed before, the lawsuit is filled with baseless claims from anonymous sources and expert witnesses with no expertise. It offers no facts or first-hand knowledge. Some of the more bizarre allegations are that Venezuela, Iran, and China rigged the election through voting machines, a former military intelligence analyst known as Spider rigged it, and some unfathomable data analysis from an unknown source proved this,” the bar complaint says.

“This suit is so absurd it is a parody of pleading. It claims that Arizona’s Secretary of State and Governor conspired with various domestic and international actors to manipulate Arizona’s 2020 General Election. With 300 pages of attachments based on anonymous witnesses, hearsay, and irrelevant analysis of unrelated elections, the suit has not a shred of legally admissible evidence. Their conclusions, all drawn from unreliable or unidentified sources, are pure fiction; for example, one anonymous witness blames Hugo Chavez, former President of Venezuela, now dead seven years.” 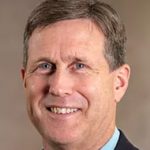 The judge dismissed the case. Despite that, attorney Kolodin has appealed to the U.S. Supreme Court.

“Our concern here is the repeated presentation of utterly meritless cases that have been in the Arizona state and federal courts including the U.S. Supreme Court by local and out of state counsel, knowing that the cases lacked legal merit and any factual foundation whatsoever. Confidence in the legal system is seriously eroded when attorneys treat lawsuits as a platform for broadcasting “gossip and innuendo,” utterly devoid of factual proof, as a political stunt,” the complaint says.